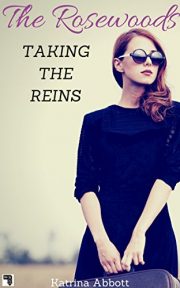 Readers are calling The Rosewoods books Fun and Addictive. Try out this first book and see why!

Brooklyn Prescott (if that’s even her real name) is the new girl at The Rosewood Academy for Academic Excellence, now that she’s moved back to the States after two years living in London. Rosewood, a boarding school for children of the rich and famous and known for its celebutantes, is missing just one element important to any junior’s education: boys. But luckily for Brooklyn, and the rest of the Rosewood girls, there’s a boys’ boarding school, The Westwood Academy, just a few miles away… 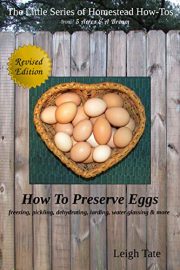 Have chickens? Ever wonder what to do with all those extra eggs?

This little eBook shows you a number of ways to preserve them: freezing, pickling, dehydrating, larding, and water glassing. Also discusses shelf life, off-grid methods of preservation, and how to have fresh eggs all winter long. An excellent addition to every homestead and preparedness library. 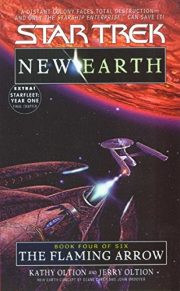 The tenacious colonists of Belle Terre have survived countless hardships and natural disasters of their new home, only to face a deadly foreign enemy. The alien species Kauld, intent on claiming the world’s unique resources for their own, are determined to destroy the human settlements at any cost.

Months away from any hope of Starfleet reinforcements, the Starship Enterprise is all that stands between Belle Terre and an all-out alien invasion. But Kirk and his valiant crew may not be enough to save the planet from a relentless assault by the ultimate superweapon. 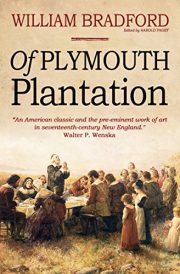 In August 1620, 102 English Separatists set off in the Mayflower for New England. These men, women and children, who became known as the Pilgrims, would found the Plymouth Colony. They had to survive harsh winters, poor harvests, disease and famine in the early years of their new settlement.

These struggles were only exacerbated by conflicts they had with other English settlements, French settlers and against Native Americans. But they persevered in what has become one of the most iconic periods in the history of the United States. 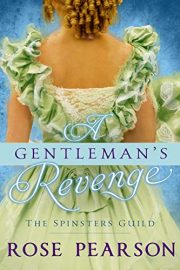 Miss Sarah Crosby knows she is already considered a spinster. Sent to London in order to take care of her aunt and help her cousin to make her debut, she has no hope for her own future. It is only when Miss Bavidge introduces her to Lady Smithton that she finally starts to believe that she might be able to have a life of her own.

Unfortunately, most of her time is taken up accompanying her cousin, Miss Sophia Marks. Much to her shame, Sarah finds herself becoming greatly interested in one of her cousin’s suitors, Lord Daniel Ruddington. He is quiet and retiring, barely smiles and seems to carry a great weight on his shoulders but she is still drawn to him. 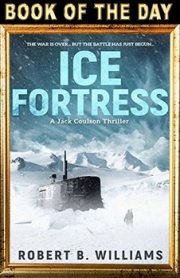 A high-octane, fast-paced, action-packed Jack Coulson thriller with edge-of-your-seat suspense and an ending that will blow you away.

For over 70 years Hitler’s most fearsome weapon, Die Glocke (The Bell) has been entombed inside an icy fortress in the most inhospitable and unforgiving place on earth – the Antarctic. When oceanographer Leah Anderson discovers a hidden WWII Nazi submarine base buried deep under the Antarctic ice shelf, she sparks a fierce battle to acquire The Bell. While Russian and American submarines clash deep below the ice pack, on the surface, a sinister force launches a ruthless assault to secure the infamous weapon they have been searching for since its mysterious disappearance in 1945… 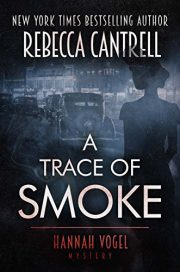 A Trace of Smoke
by Rebecca Cantrell
FREEBIE
Mystery/Thriller
Rating: 4.4

It’s 1931 in Berlin, and the world is on the precipice of change–the affluent still dance in their gilded cages but more and more people are living under threat and poverty. Hannah Vogel is a crime reporter forced to write under the male pseudonym Peter Weill.

As a widow of the Great War, she’s used to doing what she must to survive. Her careful facade is threatened when she stumbles across a photograph of her brother in the Hall of the Unnamed Dead. 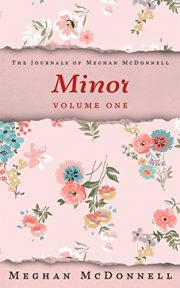 For 30 years, McDonnell has chronicled her life beginning at age eight through present day. With searing candor and tenderness, her musings on daily experiences and observations of family, social and romantic relationships, and the interior life coalesce in a commentary on facing passion and fear, embracing the light and dark, and American life in the 21st century.

Wide in scope and vivid in detail, her journals are her confessional love letter to the world. Join her on a fearless, vulnerable, sometimes painful and quixotic, but always honest journey, also known as the human experience. 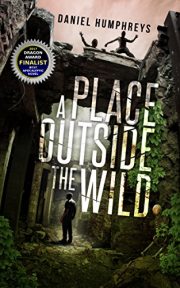 A Place Outside The Wild
by Daniel Humphreys
BARGAIN
Horror
Rating: 4.6

Eight years after Z-Day, the surviving remnants of mankind face the unknown.

The fences and walls kept the ravenous undead at bay until they wasted away. A once overwhelming foe has turned feeble and weak, and a world gone wild seems ripe for reclamation.

The scars of the long war run deep. And hope is a dangerous thing when the real enemy might just be the survivors themselves. 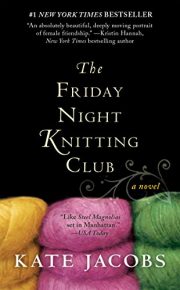 At the center of Walker and Daughter is the shop’s owner, Georgia, who is overwhelmed with juggling the store and single-handedly raising her teenage daughter.

Happy to escape the demands of her life, she looks forward to her Friday Night Knitting Club, where she and her friends–Anita, Peri, Darwin, Lucie, and KC–exchange knitting tips, jokes, and their deepest secrets. But when the man who once broke Georgia’s heart suddenly shows up, demanding a role in their daughter’s life, her world is shattered. 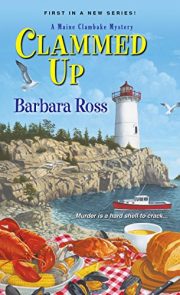 Julia Snowden returned to her hometown to rescue her family’s struggling clambake business–not to solve crimes. But that was before a catered wedding on picturesque Morrow Island turned into a reception for murder.

When the best man’s corpse is found hanging from the grand staircase in the Snowden family mansion, Julia must put the chowder pot on the back burner and join the search for the killer… 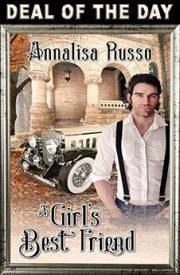 Freelance writer Retta Delaney thinks she finally has it all: her dream job at Popular Magazine, a home of her own–well, hers and the bank’s–and a sexy new neighbor, commercial artist Sam Parnetti. But their budding attraction is complicated when a fortune turns up via the mailman. Delivery of that small packet sets a terrifying clock in motion.

Their romance might have to take a back seat to stay one step ahead of danger as the past snakes out, elusive and sinister, to threaten everyone connected to the package. A long-hidden family secret spirals to an unavoidable reality, complicating the growing affection between Retta and Sam… 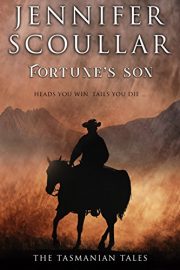 Young Luke Tyler has everything going for him: brains, looks and a larrikin charm that turns heads. The future appears bright, until he defends his sister from the powerful Sir Henry Abbott. His reward is fifteen years hard labour on a prison farm in Tasmania’s remote highlands.

Luke escapes, finding sanctuary with a local philanthropist, Daniel Campbell, and starting a forbidden love affair with Daniel’s daughter, Belle. But when Luke is betrayed, he must flee or be hanged. 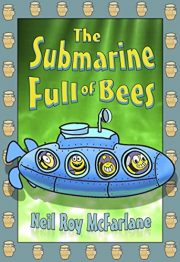 I know what you’re thinking: you’re thinking: I didn’t have an adventure with any bees today! Oh yes you did! But you can’t remember because that magic flower made you forget. Let me explain… 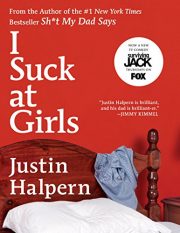 From the #1 New York Times bestseller author of Sh*t My Dad Says, Justin Halpern, comes a laugh-out-loud funny and deeply touching collection of personal stories about relationships with the opposite sex, from a first kiss to getting engaged and all the awkward moments in between.

Now, with this equally poignant, hilarious, and provocative memoir, he establishes himself as one of popular writing’s great humorists among the likes of David Sedaris, Sarah Vowell, and David Rakoff… 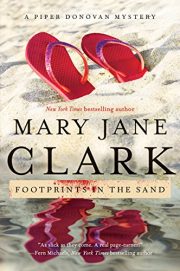 It’s the dead of winter and struggling actress and wedding-cake decorator Piper Donovan is thrilled to be in warm and romantic Sarasota, Florida, enjoying the powdery white beaches, soothing seas, and golden sunsets over the Gulf of Mexico.

But a cloud seems to be hovering over the whole affair. Shortly after a bridesmaid mysteriously disappears, a kindly neighbor’s car is run off the road and a prospective witness, an innocent Amish teenager, is threatened to keep silent. 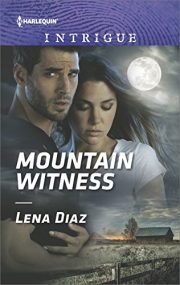 Detective Chris Downing doesn’t know much about his neighbor. In the rural town of Destiny, Tennessee, Julie Webb lives a life of seclusion, rarely even offering a smile or wave. Only when Chris hears her frantic screams one night does he gain a glimpse into the life of a woman in hiding, and in saving her life, he is forced to kill her attacker.

But Julie’s troubles are only beginning to unravel. When Chris learns the identity of Julie’s attacker, questions of trust are raised and suspicions run high. Together they will uncover the motives of a killer…and the undeniable attraction between them. 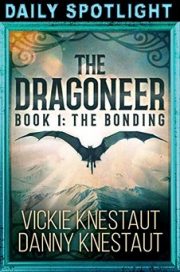 What would you risk to achieve your dreams?

All her life, Trysten has wished to follow in her father’s footsteps and lead the dragons of Aerona into battle. The title of Dragoneer, however, has always gone to a male heir since the dawn of the kingdom.

When her father is crippled, and his dragon mortally wounded ahead of the fighting season, Trysten must test traditions and norms to save her village. With her special bond to the dragons of Aerona, Trysten must prove to her father, the villagers, and the other dragon riders that she is an able leader and a fierce warrior of legendary capabilities.