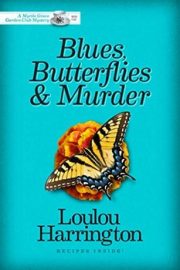 Jesse Camden is minding the store at the Gilded Lily Antiques and Vintage Shop when a stranger enters and begins asking questions about Lindsey Hatch, Jesse’s friend, business partner and the barista at the tearoom next door. It’s a bad beginning to a day that just gets worse when, within hours, two people are found dead.

While trying to learn more about the man who’s stalking Lindsey, Jesse and Vivian Windsor find his body in a motel room. When it turns out they are also the last two people to see another victim alive, they become prime suspects in both deaths… 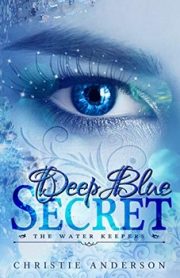 California teen Sadie James thinks her life couldn’t get any better. She has great friends, an energetic mother she adores, and the beach practically in her own backyard.

But her carefree life is turned upside down when she’s rescued by a mysterious and strangely familiar boy who won’t even tell her his name. Each time the boy appears, Sadie’s unexplainable attraction to him deepens along with her need to unravel his secrets… 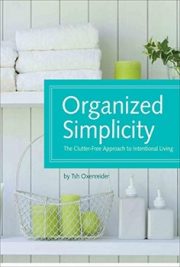 Imagine your home, your time, your finances, and your belongings all filling you with positive energy and helping you achieve your dreams. It can happen, and Organized Simplicity can show you how. 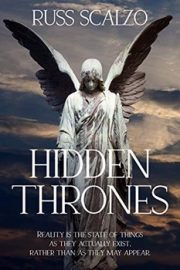 Jack Bennett has an unusual gift. His coveted ability means he is the FBI’s newest hire, serving as a consultant for their new Paranormal Division. The government is convinced we are not alone in this world. With invisible forces all around, agencies are seeking how to harness that power for their own uses.

The mystery swirling around the unseen and unknown has caused much speculation. Some suppose lost souls are wandering the earth, others believe deceased loved ones never truly moved on, and still, there are those who are convinced that aliens have infiltrated our world… 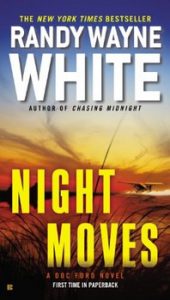 While trying to solve one of Florida’s most profound mysteries, Doc Ford is the target of a murder attempt by someone who wants to make it look like an accident. Or is the target actually his friend Tomlinson?

Whatever the answer, the liveaboards and fishing guides at Dinkin’s Bay on Sanibel Island are becoming increasingly nervous–and wary–after a plane crash and other near-death incidents make it apparent that Ford and Tomlinson are dangerous companions… 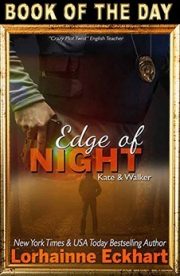 New York Times & USA Today Bestselling Author Lorhainne Eckhart brings you EDGE OF NIGHT. Kate Sikes has finally met who she believes is Mr. Right, only Detective Walker Pruett isn’t all about flowers and living happily ever after. In fact, after the greatest night of sex Kate’s ever had, she hasn’t seen Walker once.

However, she refuses to pine away for him or call him even though he invades her thoughts and her dreams–that is, until he shows up to investigate a case of robbery at the hotel where she works. Once again, Kate is left to fight Walker’s charms, though she knows he can’t commit and she’s convinced he’ll eventually break her heart. 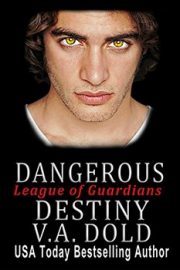 Carolyn Soucek is a witch who can see the future, all except her own. Desperate for answers she consults a seer. Her destiny awaits her in Savannah, Georgia. At least that’s what the gifted psychic tells her.

Darius Drummond is a vampire sworn to protect witches from the Guild. Hundreds of years, dealing with singular witches weren’t enough to prepare him for Carolyn. Now that he’s found his soulmate, can he save her from the pyre? 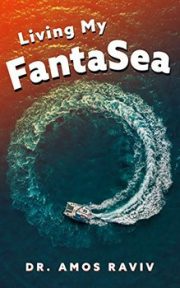 Two people with one vision – the unique travel diary of one couple who made their dream a reality. After many years of multi-faceted, productive careers and successfully raising their family and children, Amos and Anat Raviv made the momentous decision to change their lives and realize their greatest dream – to sail around the world.

Living My FantaSea is an extraordinary, behind the scenes look at a rare journey through the eyes of the intrepid travelers themselves: meet the wonderful people they saw on the way, the new and different cultures they were privileged to encounter, and share in the exhilarating action and events that the average person never experiences in everyday life. 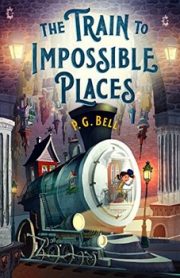 The Impossible Postal Express is no ordinary train. It’s a troll-operated delivery service that runs everywhere from ocean-bottom shipwrecks, to Trollville, to space.

But when this impossible train comes roaring through Suzy’s living room, her world turns upside down. After sneaking on board, Suzy suddenly finds herself Deputy Post Master aboard the train, and faced with her first delivery–to the evil Lady Crepuscula. 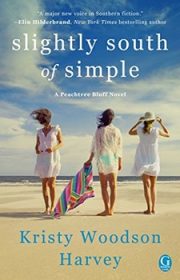 Caroline Murphy swore she’d never set foot back in the small Southern town of Peachtree Bluff; she was a New York girl born and bred and the worst day of her life was when, in the wake of her father’s death, her mother selfishly forced her to move–during her senior year of high school, no less–back to that hick-infested rat trap where she’d spent her childhood summers.

But now that her marriage to a New York high society heir has fallen apart in a very public, very embarrassing fashion, a pregnant Caroline decides to escape the gossipmongers with her nine-year-old daughter and head home to her mother, Ansley… 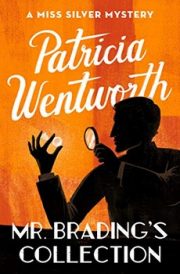 A clever British mystery about a jewel collector, a criminal, and a governess-turned-sleuth, from “a first-rate storyteller” (The Daily Telegraph).

He cannot say why, but Lewis Brading is an uneasy man. A collector of valuable jewels, he has taken the utmost precautions to safeguard what is most precious to him. He houses his gems in a concrete annex, protected by a reinforced steel door, the latest security system, and his own watchful eye. No one has a key but himself and his assistant, and he doesn’t doubt that his servant will remain true. The man in his employ is a criminal, and if anything should happen to Brading or his gems, the police will look to him first… 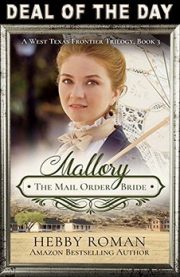 Mallory Metcalf Reynolds was born to a life of wealth and privilege in the Old South. But the Civil War turns her life upside down–she loses both her mother and her childhood sweetheart. When her aunt tries to help by sponsoring her debutante season, Mallory makes a fateful mistake and compromises her reputation. Her father’s death is the final blow, and she decides to start over, answering an ad for a mail order bride.

But when she travels to the far west corner of Texas to meet her intended husband, she finds the vast unsettled country overwhelming and filled with danger… 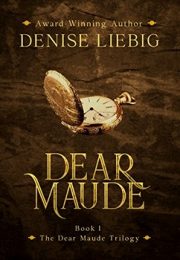 Upstate New York, 2012. Emily Stanton, a sociology major, graduates from college and is obligated to work for the mysterious company that funded her education. But a job with Evergreen Research Corporation is not what she expected.

From fancy balls and operas to corsets and kid gloves, Emily learns to be a specialist in 1910 society. In the process, she finds herself fully immersed in the lives of wealthy aristocrats and industry leaders, whose thirst for power leads them to manipulate everything… 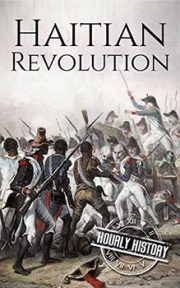 The Haitian Revolution began in 1791 in the French colony of Saint Domingue, when a group of slaves rebelled in order to secure their freedom and the end of slavery. In the midst of the French Revolution, slaves took advantage of volatile political, racial, and social circumstances.

With legendary leaders like Toussaint Louverture, they eventually defeated Napoleon’s France to form the independent nation of Haiti. The Haitian Revolution had both global causes and consequences. In the end, the entire world was impacted by the heroic actions of the most dispossessed people in the population. 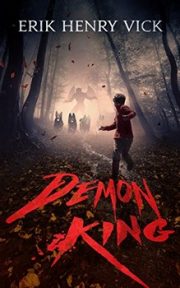 Like all small towns, Oneka Falls, New York has its share of secrets–some innocent and harmless, some evil and terrible, and many in between.

Only three children have encountered the worst the town has to offer and lived, and each of them paid a terrible price. Psyches fractured, each child survived to adulthood as best they could–wrapped in fantasy, the comfort of amnesia, or the silence of isolation. When the town’s evil intrudes on their lives a second time, it draws them home, setting in motion a chain of events that can only end in destruction. 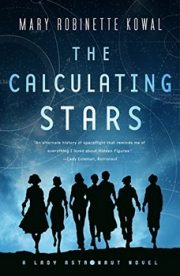 On a cold spring night in 1952, a huge meteorite fell to earth and obliterated much of the east coast of the United States, including Washington D.C. The ensuing climate cataclysm will soon render the earth inhospitable for humanity, as the last such meteorite did for the dinosaurs. This looming threat calls for a radically accelerated effort to colonize space, and requires a much larger share of humanity to take part in the process… 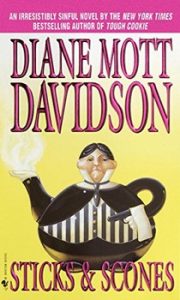 For Colorado caterer Goldy Schulz, accepting a series of bookings at Hyde Castle is like a dream come true. It’s not every day that she gets to cook authentic Elizabethan fare–especially at a real castle that was brought over from England and reassembled stone by stone in Aspen Meadow.

Goldy is determined that everything will go right–which is why, she figures later, everything went terribly wrong. It begins when a shotgun blast shatters her window. Then Goldy discovers a body lying in a nearby creek… 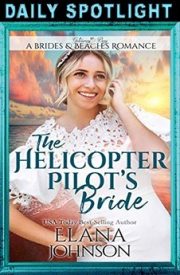 Charlotte Madsen’s whole world came crashing down six months ago with the words, “I met someone else.” Her marriage of eleven years dissolved, and she left one island on the east coast for the island of Getaway Bay. She bought a run-down house overlooking the bay, knowing she’d need all her fixer-upper skills to get it in shape. Which is just fine. She’s hoping as she overhauls the house, she’ll get a life makeover too.

She was not expecting a tall, handsome man to be flat on his back under the kitchen sink when she arrives at the supposedly abandoned house. She wasn’t expecting to get drenched when the non-plumber twists something the wrong way. And she certainly wasn’t expecting her heart to be well enough to feel anything for anyone…