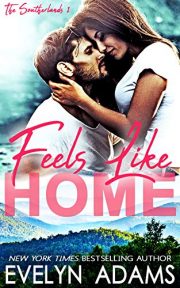 Town doctor Jude Southerland is known for two things: saving lives and ducking marriage. So when he almost runs Autumn down in the middle of Main Street and ends up sipping sweet tea with the prodigal daughter a few weeks later, the good townsfolk take notice. As far as Jude’s concerned, the last woman anyone would pair him with is the only one he wants.

No one knew what it cost her to come home. With her career going down in flames and a family history that reads like a bad tabloid, Autumn Maddox can’t afford any more PR disasters if she wants to hold her head up in her old home town… 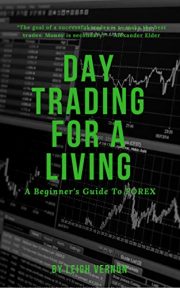 Day Trading for a Living will introduce you to the world of Foreign Exchange Trading…and help you understand the driving forces behind the market in order to trade successfully. 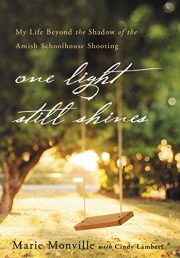 In the startling tragedy of the Amish schoolhouse shooting at Nickel Mines, one story has never been told; Marie Roberts Monville, the wife of the man who created such horror, tells her story for the very first time.

It is a story of sorrow and destruction, but also one of majestic deliverance, unending compassion, breathtaking forgiveness, and grace-filled redemption. Within a solitary moment, Marie Monville realized that life, as she knew it, was over… 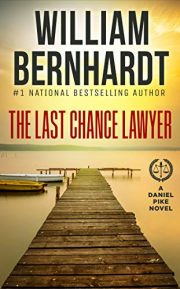 Daniel Pike would rather fight for justice than follow the rules. His unique ability to “connect the dots,” to observe what others do not, has made him the most notorious criminal lawyer in St. Petersburg.

But when his courtroom career goes up in smoke, he fears his lifelong purpose is a lost cause. A mysterious job offer from a secretive boss gives him a second chance but lands him an impossible case with multiple lives at stake… 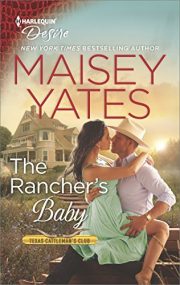 When a torrid, possibly dangerous scandal comes to Royal, Texas, Selena Jacobs is nearly caught in the middle. Until her best friend Knox McCoy ensures her safety–by moving in!

Selena has loved Knox for years, but she’s never had the courage to tell him. Now the sparks she’s tried to smother burn out of control…and leave her pregnant. But with the pain in his past, will Knox finally take a chance on love…with her? 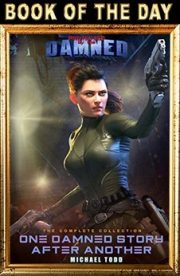 Katie Maddison never wanted to learn how to kick a demon’s ass, all she was doing was helping a fellow university student with his Chem homework. She just trusted people too much. Now, she will be the new weapon in a war she had no idea existed with warriors wielding both weapons and supernatural abilities.

Demon Hunters, Demon Fighters … Known as The Damned. People possessed by Demons, but still remaining in control of their bodies. One of the most powerful Demon’s in Hell can’t defeat his sister, so he sets her up to be sacrificed and killed. The only problem? The human she possesses retained her sanity and together they might be a catalyst to change the future of the war. One Damned Story After Another Includes the complete eight book Protected By The Damned Series! 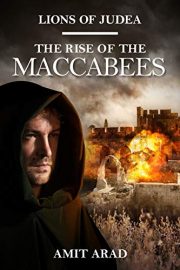 The Rise of the Maccabees
by Amit Arad
FREEBIE
Historical Fiction
Rating: 4.8

Jerusalem, 180 BCE. For 800 years the Zadokite priesthood has led the Jewish People. But the world is changing. Without, Rome is rising, crushing the other powers of the ancient world beneath it.

Within, a power struggle inside the House of Zadok is a golden opportunity for interlopers, who seek to unseat them from the throne. The delicate balance which has allowed the Jewish Nation to survive in this age of Empires is threatened. 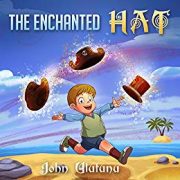 David is an ordinary boy, with an an EXTRA-ordinary hat! A hat that can take him to places, well beyond his wildest dreams!

Sail on a pirate ship, dance with wild animals, go on adventurous, heart throbbing expeditions… it’s all possible with the magic hat! Hold on tight, because you are about to go on an EPIC adventure! 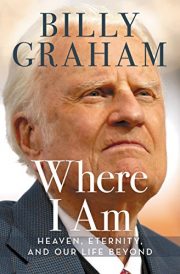 Where I Am: Heaven, Eternity, and Our Life Beyond
by Billy Graham
BARGAIN
Religious & Inspirational
Rating: 4.9

The Final Chapter From Billy Graham. Experience the glory of heaven as Billy Graham, the beloved evangelist, shares from his past, and his present, the reality of eternity.

As our nation and world travail in the midst of political, economic, and cultural uncertainties, we can find comfort in the hope that comes from the unchanging truth of God’s Word. Whether talking with a US president, a world leader, or the common man or being interviewed on network television, Billy Graham has always begun his answers with “The Bible says…” 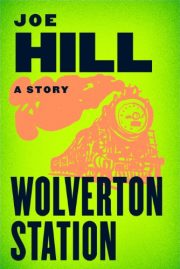 Saunders made his fortune as a hatchet man for hire and has come to England to do what he does best: chop down the little guys to clear the way for a global firm.

But his train north just made an unexpected stop to let on some passengers straight out of the worst kind of fairy tale. Now he’s up to his ankles in blood and finding out just what it really means to live in a dog-eat-dog world… 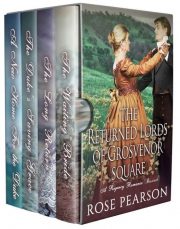 Four full length Regency romance stories about lords who returned from war and business abroad to find everything has changed. They will need to overcome personal challenges to find their place in the world again and the challenges are fierce for the ladies who come to love and support them! Can they overcome their problems and find love?

This set includes: The Waiting Bride, The Long Return, The Duke’s Saving Grace, A New Home for the Duke… CLICK ABOVE to read the full descriptions! 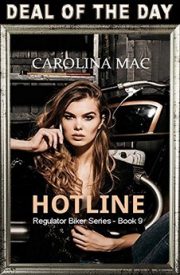 With the construction of the safe-house finally complete, Annie embarks on the dangerous task of rescuing juveniles from biker gangs all over Texas. When a freak accident tears her personal life to shreds, she struggles to stay focused on her new commitment.

About the Author: Born in Toronto, Ontario, Carolina Mac is a literature graduate, a voracious reader and the author of forty books. After spending half her life with a Harley enthusiast, Carolina began writing seriously and produced The Regulator Series. A hard-hitting biker saga tempered with sizzling relationships and offbeat humor. 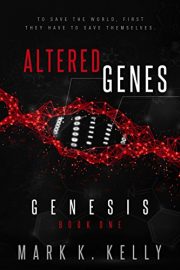 When an unconscious British businessman arrives at New York City’s Bellevue Hospital, Dr. Mei Ling unwittingly finds herself in the midst of an infectious outbreak.

Meanwhile, Professor Tony Simmons, her ex-lover, and a world-renowned geneticist at Georgetown University receives an enigmatic telephone call that hints at a genetic threat, unlike anything the world has ever seen… 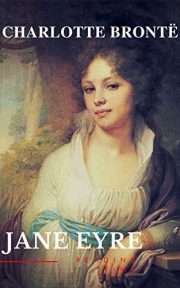 ‘Jane Eyre’ is a story about an orphan child. Jane’s parents died when she was still too little to remember them, and it is her uncle (her mother’s brother) who takes her in. Jane’s uncle also dies not to long after this, and he makes his wife, Mrs. Reed, promise him that she will take care of his niece as if she were her own.

Unfortunately for Jane, her aunt does not fulfill that promise: She considers Jane a bourdain and dislikes her for being poor. Her children are no better. Under their mother’s indulgence, they mistreat their cousin constantly, always making it clear that she is inferior to them. 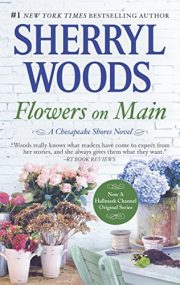 When her last two plays are dismal failures and her relationship with her temperamental mentor falls apart, writer Bree O’Brien abandons Chicago and the regional theater where she hoped to make a name for herself to return home. Opening Flowers on Main promises to bring her a new challenge and a new kind of fulfillment. 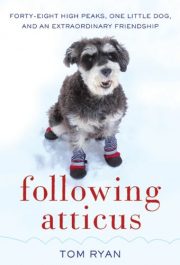 Following Atticus is ultimately a story of transformation: how a five-pound puppy pierced the heart of a tough-as-nails newspaperman, opening his eyes to the world’s beauty and its possibilities.

An unforgettable saga of adventure, friendship, and the unlikeliest of family, it’s an inspiring tale of finding love and discovering your true self. 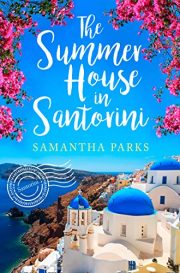 On the island of Santorini, with its picturesque villas, blue-tiled roofs, and the turquoise waters of the Aegean lapping at the white sand beaches, Anna inherits a less-than-picturesque summer house from her estranged father.

As she rebuilds the house, she rebuilds her life, uncovering family secrets along the way that change everything. She starts to fall for her little slice of paradise, as well as for gorgeous, charming Nikos. 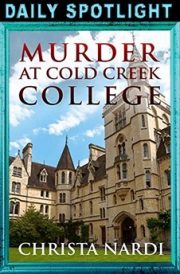 A dead body isn’t the best way to start a semester or a romance. Sheridan Hendley is a professor and psychologist, not a sleuth. When her colleague is murdered and her good friend becomes the prime suspect, her curiosity and logical mind have her putting pieces together. It also becomes apparent that Sheridan is attracted to the handsome Detective.

As Sheridan tries to connect all the people in Adam’s life, she finds that many women have a motive for Adam’s murder. When Sheridan’s tires are slashed and then she is assaulted, it’s clear someone is afraid she’s getting too close.