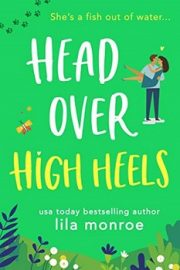 Laurel Young needs a plan, and fast. After her reality TV boss has a major meltdown, not-so-fun employment seems inevitable–unless she can pitch the idea of a lifetime.

When she sees Flint McKay’s audition tape – flanneled, handsome as hell, and building a house with his own two hands – she knows she’s found her secret weapon. The women of America are going to love him, especially if she can convince him to try building without the flannel shirt. #ad 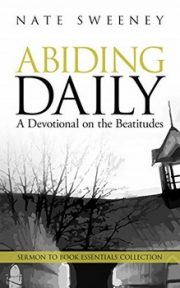 In this substantive ten-day devotional, Nate will encourage you to draw closer to Jesus and center your life more fully on Him as you learn about and reflect on the biblical Beatitudes from His powerful Sermon on the Mount. #ad 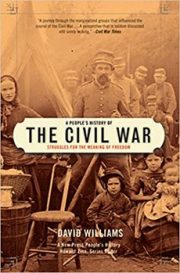 A People’s History of the Civil War
by David Williams
BARGAIN
Historical
Rating: 4.3

Historian David Williams has written the first account of the American Civil War as viewed though the eyes of ordinary people–foot soldiers, slaves, women, prisoners of war, draft resisters, Native Americans, and others.

Richly illustrated with little-known anecdotes and firsthand testimony, this path-breaking narrative moves beyond presidents and generals to tell a new and powerful story about America’s most destructive conflict. #ad 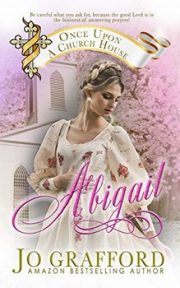 Abigail Price, a recently widowed church secretary, receives a letter from an old friend, urgently requesting her presence for the opening of the Mountain Springs Church in rural Idaho. Though things are difficult at the moment, financially and otherwise, she splurges on a train ticket, not quite knowing how she’ll scrape up the funds for the return trip.

Chad Patterson’s boxing career is cut short when his ailing father insists he return home to Mountain Springs to run the family sawmill. Bitter over his premature exit from the boxing circuit, Chad is even less thrilled to discover his father’s work crew is a hodgepodge of misfits, ex-cons, and all-around troublemakers… #ad 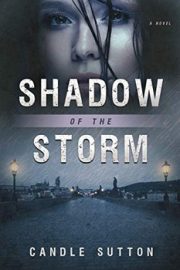 Escaping with her life was the easy part. The hard part? Remembering who she is and why someone wants her dead.

After overhearing two men plotting her murder, she runs. It’s only after she gets away that she realizes her memories are gone. Every last one of them. Armed with nothing more than several fake IDs and a bag full of cash, she wants nothing more than to stay alive long enough to remember what happened during the rainstorm that swept her memories away. The only thing she knows for certain is that the police can’t – or maybe won’t – help her… #ad 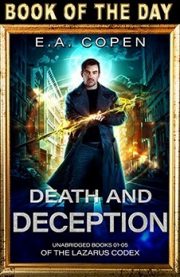 An ex-con who talks with the dead. A bloody murder. Figures they’d blame the guy with the record. For Lazarus Kerrigan, The Big Easy is anything but easy. Crime is up, incomes are down, and now his front door is a murder scene. Talk about a bad morning.

Since Lazarus is the only ex-con around, the cops are ready to pin it all on him and call it a day. If he wants to clear his name, Lazarus will have to find the murderer. Fast. You’d think that’d be easy considering he can talk to the dead. But more than monsters go bump in the night when the sun sets in New Orleans. The infamous Baron Samedi is back in town, and ready to offer Laz a new power he can’t refuse… #ad 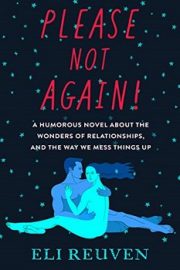 A young New York couple are trying hard to do the right things in order to get ahead in life.

Even when stressful social and personal complications stand in their way, they are willing to push themselves to the limit, and do anything in order to achieve the goals modern society dictates, without giving any consideration to what they truly desire.

When everything seems to be going as planned, a single critical decision drastically changes life as they knew it. #ad 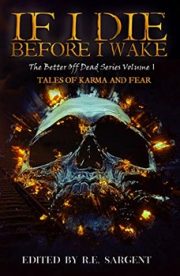 If I Die Before I Wake
by Multiple Authors
FREEBIE
Horror
Rating: 4.4

Your mind has dwelled for hours on the things you would do if your name was Karma. Malevolence towards those that wronged you festers and there is no relief–until now. Plunge headfirst into these sinister tales where karma finally takes control and vengeance is a dish that is best served hot.

The Better Off Dead series delves into the farthest corners of your mind, where your deepest, darkest fears lurk. These masters of horror will haunt your dreams and stalk your nightmares, taking you to the edge of sanity before pushing you to the brink of madness! #ad 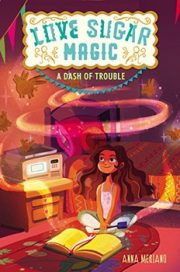 Leonora Logroño’s family owns the most beloved bakery in Rose Hill, Texas, spending their days conjuring delicious cookies and cakes for any occasion. And no occasion is more important than the annual Dia de los Muertos festival.

Leo hopes that this might be the year that she gets to help prepare for the big celebration–but, once again, she is told she’s too young. Sneaking out of school and down to the bakery, she discovers that her mother, aunt, and four older sisters have in fact been keeping a big secret… #ad 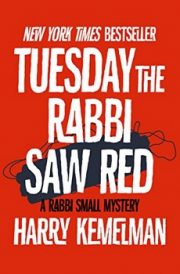 Once again, Rabbi Small finds himself looking for solace outside the confines of the contentious world of his synagogue in Barnard’s Crossing, Massachusetts.

When a member of his congregation expresses that she does not want him to officiate her wedding, Rabbi Small has had enough. He seeks escape by dabbling in academia with a part-time teaching gig at a local college. But his fantasy of a tranquil life in an ivory tower is about to come tumbling down. #ad 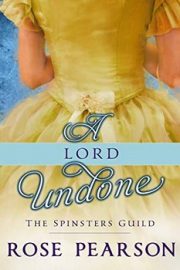 Lady Beatrice Thornton is surrounded by gossip. Her drunken father has made it known that there is some question over the legitimacy of her birth and now she can barely lift her head in society. Desperate for aid, she is more than grateful for the assistance of Lady Smithton, who promises that she will help her find a husband.

Whilst seeking solace in a bookshop one afternoon, Beatrice is astonished to discover a mysterious note slipped in between the pages of a book. Knowing she should not keep it, she cannot help but take it home, hoping that it will take her mind from her difficult circumstances… #ad 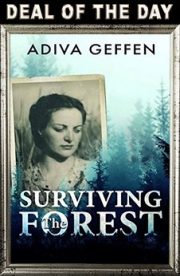 Five shots on Saturday morning changed their fate… She was a beautiful and happy young woman who lived a fairytale life. Shurka, her beloved husband and their two small children lived in a pretty house in a village in Poland, surrounded by a little garden with lilies. This was their life and nothing could harm it, or so they thought…

WWII broke out and though the happy family thought the Germans would never reach their idyllic village, they quickly understood they were wrong and their happiness came to a brutal end. The family had to flee their house and find shelter in a neighboring Ghetto where they realized that the Gestapo was taking Jews away on trucks every night, and they were never seen again… #ad 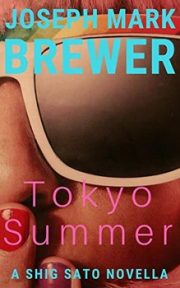 The wife of a promising young economist found dead, an empty vial of pills close by.

Uncovering lies at every turn, Inspector Shig Sato realizes whoever killed her could get away with murder – and keep hidden shocking, unspeakable truths. #ad 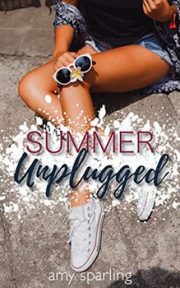 Bayleigh is addicted to her cell phone and her mom has had enough.

After catching her sending a less than lady-like photo to a boy who barely knows her, Bayleigh’s mom sends her away to her grandparent’s house for the summer–sans cell phone, laptop and iPod. Bayleigh thinks the summer will be torture without social media…that is until she meets the boy next door. #ad 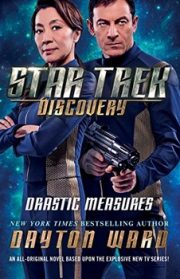 It is 2246, ten years prior to the Battle at the Binary Stars, and an aggressive contagion is ravaging the food supplies of the remote Federation colony Tarsus IV and the eight thousand people who call it home.

Distress signals have been sent, but any meaningful assistance is weeks away. Lieutenant Commander Gabriel Lorca and a small team assigned to a Starfleet monitoring outpost are caught up in the escalating crisis, and bear witness as the colony’s governor, Adrian Kodos, employs an unimaginable solution in order to prevent mass starvation. #ad 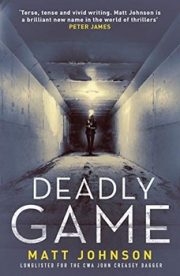 Reeling from the attempts on his life and that of his family, Police Inspector Robert Finlay returns to work to discover that any hope of a peaceful existence has been dashed.

Assigned to investigate the Eastern European … industry just as a key witness is murdered. Finlay, along with his new partner Nina Brasov, finds himself facing a ruthless criminal gang, determined to keep control of the traffic of people into the UK. On the home front, Finlay’s efforts to protect his wife and child may have been in vain, as an MI5 protection officer uncovers a covert secret service operation that threatens them all… #ad 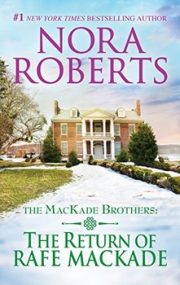 Ten years after disappearing from Antietam, Maryland, the bad boy Rafe MacKade has come home. Cleaned up and successful now–though still dangerously good-looking–Rafe’s return sets tongues wagging. But Rafe is not going to let a few gossips stop him from his dream.

With the help of Regan Jones, who owns the local antique shop, he is restoring the old Barlow house into an inn. Working in such close quarters has Regan struggling to resist Rafe’s charms. Though she claims she doesn’t want to get involved with a rebel, Rafe’s pretty sure that her reaction to their sizzling kisses suggests otherwise… #ad 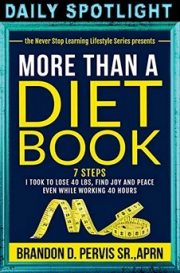 Are you overweight and feeling overwhelmed about which direction to go? Are you tired of trying and failing the latest sure weight loss programs that leave you weighing more than you started? Tired of feeling like a prisoner to your diet but don’t have the time to fix it?

Just know that you are not alone. We all are struggling with these same issues of improving our diet and health. As we age and take on more responsibilities, it becomes difficult to eat healthy in a way that fits into our lives. Its time to escape your internal prison and start living your best life now, and you hold the key. Download: More Than A Diet Book: 7 steps I took to lose 40 lbs and find joy and peace. #ad 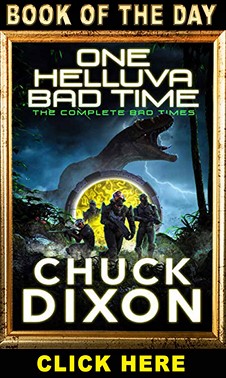 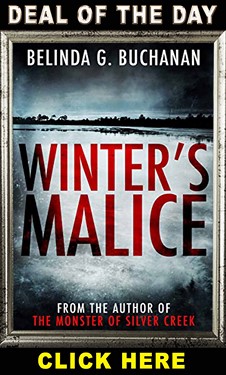 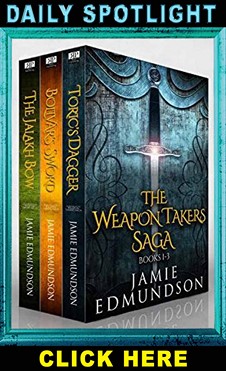