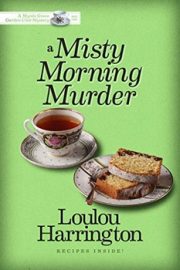 Just as Jesse Camden is ready to shake herself out of her romantic rut and take a giant step forward with Sheriff Joe Tyler, a dead ex-fiance reaches out to yank her two steps back.

Misty Bennett, seventeen-year-old daughter of Jesse’s former beau Ronald Bennett, is the closest thing to a daughter of her own that Jesse has ever had. So when Misty flees from her father’s overbearing bride-to-be and travels across two states to arrive on Jesse’s doorstep, Jesse takes the girl in. And when the fiancée herself shows up demanding the girl’s return, Jesse sends the woman packing and vows to keep Misty safe until her father comes for her… #ad 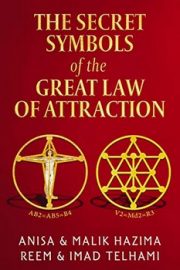 The Secret Symbols of the Great Law of Attraction
by Multiple Authors
NO LONGER FREE
Non-Fiction
Rating: 4.8

It’s time to find inner peace and achieve all your dreams This book spreads the unique and exciting knowledge that clarifies the meaning of cosmic energy: the great universal law of attraction.

The knowledge of the power of cosmic energy is related to visualization. Therefore, combining visualization and faith together for the sake of achieving true knowledge of our personal world is important – our world that holds within it the acceptance of all you live through in this life. The symbols of the law of attraction play a major role in the process… #ad 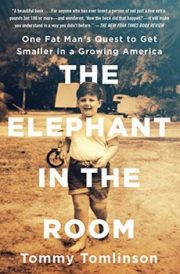 The Elephant in the Room
by Tommy Tomlinson
BARGAIN
Biography & Memoir
Rating: 4.7

A “warm and funny and honest…genuinely unputdownable” (Curtis Sittenfeld) memoir chronicling what it’s like to live in today’s world as a fat man, from acclaimed journalist Tommy Tomlinson, who, as he neared the age of fifty, weighed 460 pounds and decided he had to change his life.

From buying a Fitbit and setting exercise goals to contemplating the Heart Attack Grill in Las Vegas…Tomlinson brings us along on a candid and sometimes brutal look at the everyday experience of being constantly aware of your size. #ad 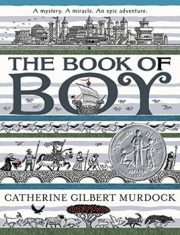 A young outcast is swept up into a thrilling and perilous medieval treasure hunt in this award-winning literary page-turner by acclaimed bestselling author Catherine Gilbert Murdock. The Book of Boy was awarded a Newbery Honor. “A treat from start to finish.” -Wall Street Journal

This epic and engrossing quest…is for fans of Adam Gidwitz’s The Inquisitor’s Tale and Grace Lin’s Where the Mountain Meets the Moon, and for readers of all ages. #ad 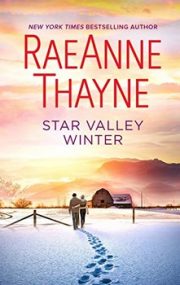 Single father Matt Harte learned the hard way not to trust women. His wife left him because she couldn’t deal with ranch life–so the last thing he wants to do is plan the annual Valentine’s Day dance. His daughter, Lucy, has plans for her father; she’s determined to get him to fall for beautiful vet and recent Salt River transplant Ellie Webster.

Ellie knows that Matt doesn’t want her in his town, let alone on the too-small dance committee of two. It’s not as if she wants to spend all that one-on-one time with the rugged rancher, imagining what it would be like to be his partner–for real… #ad 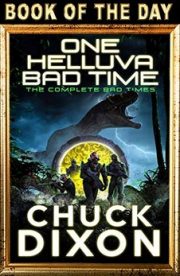 You don’t punch a cocktail waitress around Dwayne Roenbach, not even if you are his wealthy mogul boss. Unfortunately, said boss got him blacklisted for actions that Dwayne knew were entirely appropriate of a retired US Army Ranger. Now, a phone call from a mysterious benefactor wants Dwayne to pull together a team to help rescue scientists who are lost. With the kind of money he’s being offered he only asks a couple of questions to make sure the job is legit. Perhaps he should have asked a few more.

This Epic Adventure spans multiple time periods, gun battles with creatures and people all over the world as well as up and down history as they battle to do what is right. #ad 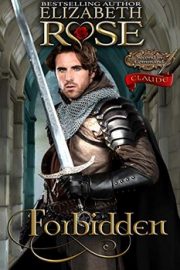 The Heartbroken Knight: Frenchman Sir Claude Montague returns to England still in love with Lady Rose after she has broken his heart eight years ago. She is now married and wants him by her side in her husband’s absence, as she is about to give birth to her first baby. He would do anything for Rose, but can he let go of the thoughts that bind him to his past, making him wish he were her husband?

The Runaway Bride: Lady Evelina Du Pont escapes France and travels to England in disguise, running from an unwanted betrothal to an evil lord. She wants time to find a husband on her own and is looking for a man who will be loyal, protect her, and treat her kindly… Check out the Second in Command Series, On Sale Today! #ad 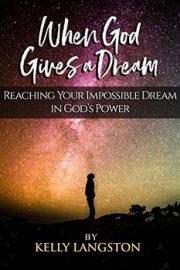 Has God given you a dream that seems impossible to achieve? Is it a dream so hard to reach that you are considering giving up on it, even though God has called you to it? If you have a God-sized dream of doing something amazing, this book will encourage you to press on!

Know this: Whenever God gives a dream, it won’t be easy to achieve in your own power. That’s because God gives impossible dreams that require His supernatural assistance. #ad 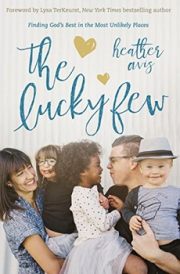 As the mother of three adopted children – two with Down syndrome – Heather Avis has learned that it’s truly the lucky few who get to live a life like hers, who actually recognize that God’s plans are best, even when they seem so radically different from the plans we have for ourselves.

When Heather started her journey into parenthood she never thought it would look like this, never planned to have three adopted children, and certainly never imagined that two of them would have Down syndrome… #ad 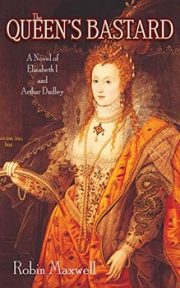 Historians have long whispered that “the Virgin Queen” Elizabeth’s passionate, lifelong affair with Robin Dudley, Earl of Leicester, may have led to the birth of a son, Arthur Dudley.

In this exquisite sequel to The Secret Diary of Anne Boleyn, Robin Maxwell fashions a stunning fictional account of the child switched at birth by a lady-in-waiting who foresaw the deleterious political consequences of a royal bastard… #ad 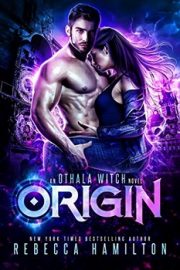 In Sector One, there is no greater commodity than a witch. Should they be discovered by the hunters, they will suffer one of two fates–both of which end in death–unless they can bring forth an heir for the sector’s Regent. The only problem is, the Regent is sterile, and he would sooner exile a Doomed Queen than admit that to himself or anyone else. This is Adira Chovanek’s fate. #ad 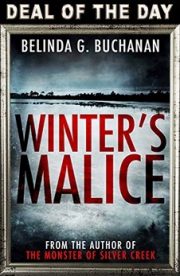 In Weeping Rock, South Dakota–a small town crippled by racism, drugs, and violence–Sheriff’s Deputy Liam Matthews has his work cut out for him when he steps in to take over the duties of sheriff from his father, who for far too long has turned a blind eye to certain crimes for what he says is the overall good of the town.

Coming under scrutiny for hiring a Lakota to fill his position as deputy, things quickly go from bad to worse for Liam when the body of retired pro-baseball player Hector Ramirez, who had recently returned home to coach ball at his high school alma mater, is found floating in Crow’s Foot Lake. Hector’s bludgeoned corpse is no sooner on its way to the M.E.’s office in Rapid City, however, when the partially clothed body of a young girl is discovered in a clearing in the snow… #ad 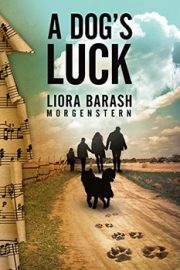 People, dogs, and what lies between them

Ellie, a young woman writing her philosophy dissertation, becomes disrupted by echoes from the past. She follows the voices replaying in her mind to an introspective examination of her childhood and adolescence within her extended family. This intimate inspection of relationships between family members–and the family’s dogs–leads her to uncover three generations of the family secrets and the focal points of tension in the family’s history. #ad 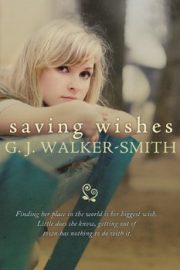 For Charli Blake, being seventeen is a tough gig. She’s been branded a troublemaker, her reputation is in tatters and she’s stuck in Pipers Cove, a speck of a town on the coast of Tasmania.

Thankfully, it’s temporary. Her lifelong dream of travelling the world is just months away from becoming reality. All she has to do is ride out the last few months of high school, which is easier said than done thanks to a trio of mean girls known as The Beautifuls… #ad 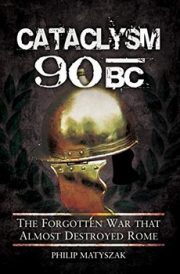 A dramatic account of a rebellion against the Roman republic–by a confederation of its Italian allies.

With its interplay of such personalities as the young Cicero, Cato, and Pompey–and filled with high-stakes politics, full-scale warfare, assassination, personal sacrifice, and desperate measures such as raising an army of freed slaves–Cataclysm 90 BC provides not just a rich historical account but a taut, fast-paced tale. #ad 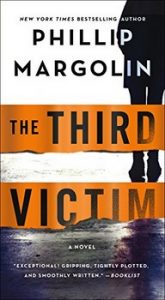 A woman stumbles onto a dark road in rural Oregon–tortured, battered, and bound. She tells a horrific story about being kidnapped, then tortured, until she finally managed to escape. She was the lucky one–two other women, with similar burns and bruises, were found dead.

The surviving victim identifies the house where she was held captive and the owner, Alex Mason–a prominent local attorney–is arrested. Although he loudly insists upon his innocence, his wife’s statements about his sexual sadism and the physical evidence found at the scene, his summer home, is damning… #ad 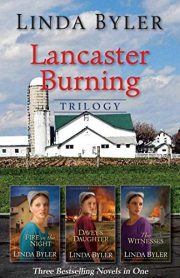 The Amish community of Lancaster is being terrorized by barn fires. David and Malinda Beiler’s barn was the first to go. When a second Amish barn burns for suspicious reasons, the Amish grow more restless.

Can Sarah, David and Malinda’s daughter, end the terror that is pulling apart their community, even as her own heart is pulled between two young men? #ad 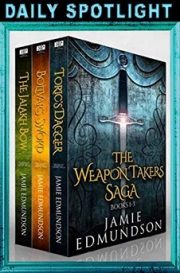 #1 New Release in Classic Fantasy, Military Fantasy, Fantasy Anthologies & Viking Myth and Legend, Dive in to the fantasy saga where a motley group of heroes must recover a stolen relic. “If you’re a fan of great characters and plenty of action set in a well-developed fantasy world then this is your series.”

Twins Belwynn and Soren can communicate telepathically. They must lead a team of mercenaries, priests and exiles on a mission that becomes far darker and more important than they had bargained for. Perfect for fans of multi-character epics like Lord of the Rings & A Game of Thrones. #ad