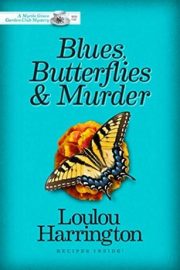 Jesse Camden is minding the store at the Gilded Lily Antiques and Vintage Shop when a stranger enters and begins asking questions about Lindsey Hatch, Jesse’s friend, business partner and the barista at the tearoom next door. It’s a bad beginning to a day that just gets worse when, within hours, two people are found dead.

While trying to learn more about the man who’s stalking Lindsey, Jesse and Vivian Windsor find his body in a motel room. When it turns out they are also the last two people to see another victim alive, they become prime suspects in both deaths… #ad 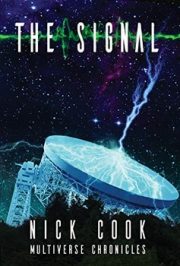 When radio telescope operators Lauren Stelleck, a woman with a special gift enabling her to literally see certain sounds, and Steve Andrews, a diehard sci-fi geek, detect a signal like no other at Jodrell Bank in England, a chain of events is unleashed that propels Earth towards all-out nuclear war. Can Lauren and Steve unlock the secret of the signal before our species tears itself apart?

The Signal is a prequel novella to the Earth Song series and the Fractured Light trilogy, and is part of the Multiverse Chronicles, an epic series of interlinked stories that follows the struggle of humanity to survive across parallel universes. #ad 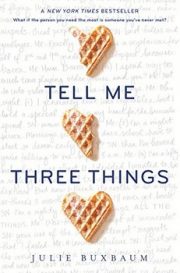 Everything about Jessie is wrong. At least, that’s what it feels like during her first week as a junior at her new ultra-intimidating prep school in Los Angeles. It’s been barely two years since her mother’s death, and because her father eloped with a woman he met online, Jessie has been forced to move across the country to live with her stepmonster and her pretentious teenage son.

Just when she’s thinking about hightailing it back to Chicago, she gets an email from a person calling themselves Somebody/Nobody (SN for short), offering to help her navigate the wilds of Wood Valley High School. Is it an elaborate hoax? Or can she rely on SN for some much-needed help? #ad 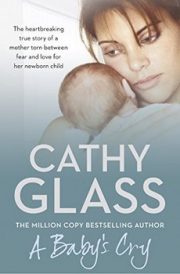 What could cause a mother to believe that giving away her newborn baby is her only option? Cathy Glass is about to find out. From author of Sunday Times and New York Times bestseller Damaged comes a harrowing and moving memoir about tiny Harrison, left in Cathy’s care, and the potentially fatal family secret of his beginnings.

When Cathy is first asked to foster one-day old Harrison her only concern is if she will remember how to look after a baby. But upon collecting Harrison from the hospital, Cathy realises she has more to worry than she thought when she discovers that his background is shrouded in secrecy. #ad 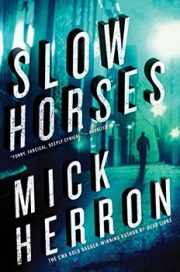 London, England: Slough House is where the washed-up MI5 spies go to while away what’s left of their failed careers. The “slow horses,” as they’re called, have all disgraced themselves in some way to get relegated here. Maybe they messed up an op badly and can’t be trusted anymore.

Maybe they got in the way of an ambitious colleague and had the rug yanked out from under them. Maybe they just got too dependent on the bottle–not unusual in this line of work. One thing they all have in common, though, is they all want to be back in the action… #ad 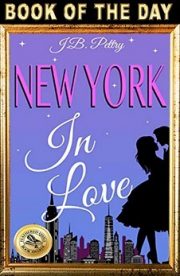 After two years of providing juicy material for her aunt’s popular relationship column, Violet Monroe decides it’s time for her career as a serial blind dater to come to an end. That is until her aunt talks her into accepting one last date…1700 miles away.

Future heir to his family’s media company, wildly handsome Sawyer Quinn knows what’s expected of him, but longs to break free of his overbearing mother and her suffocating expectations. When his uncle hands him an interesting opportunity, he’s pleasantly surprised when it leads to a young woman unlike any he’s ever met before, but there’s a problem–his meddling mother. #ad 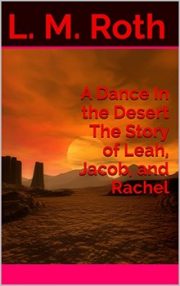 A Dance In the Desert
The Story of Leah, Jacob, and Rachel
by L. M. Roth
FREEBIE
Historical Romance
Rating: 4.1

A stranger fleeing from his past. Two sisters married to the same man, now bitter rivals for his love. A family torn apart by the deception of the father, who holds the lives of all he loves in his hands.

Jacob – a man who fled for his life from the brother he cheated. Leah – a woman disfigured from a childhood disease, now forced to obey her father and deceive both her sister and the man she loves. Rachel – the love of Jacob’s life who waits patiently for their marriage, only to end up having to share him with her own sister. Laban – the wily old man who pulls the strings to control those he loves and those he uses. #ad 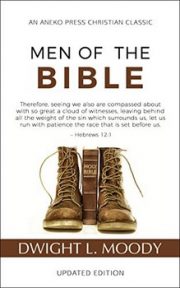 When you wish to know something about godly living, where do you look? Is there a better place to look than to the men of the Bible? The Lord, in all His wisdom, left us with a wonderful textbook – the Holy Scriptures.

Some make the mistake of worshiping these heroes of the faith. Others make the mistake of only highlighting these men’s weaknesses. Somewhere in the middle, though, is what God intended, and if our heart is right, we can learn all we need to know about healthy, rewarding Christian living from these incredible men of the Lord. #ad 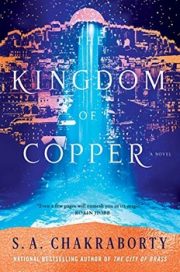 The Kingdom of Copper
by S. A. Chakraborty
BARGAIN
Fantasy
Rating: 4.7

Nahri’s life changed forever the moment she accidentally summoned Dara, a formidable, mysterious djinn, during one of her schemes. Whisked from her home in Cairo, she was thrust into the dazzling royal court of Daevabad–and quickly discovered she would need all her grifter instincts to survive there.

Now, with Daevabad entrenched in the dark aftermath of a devastating battle, Nahri must forge a new path for herself. But even as she embraces her heritage and the power it holds, she knows she’s been trapped in a gilded cage, watched by a king who rules from the throne that once belonged to her family–and one misstep will doom her tribe… #ad 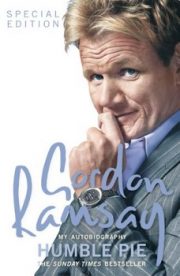 Everyone thinks they know the real Gordon Ramsay: rude, loud, driven, stubborn. But this is his real story…

In this fast-paced, bite-sized edition of his bestselling autobiography Ramsay tells the real story of how he became the world’s most famous and infamous chef: his difficult childhood, his brother’s heroin addiction, his failed first career as a footballer, his fanatical pursuit of gastronomic perfection and his TV persona – all the things that have made him the celebrated culinary talent and media powerhouse that he is today. #ad 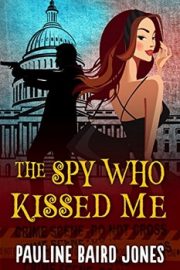 The Spy Who Kissed Me
by Pauline Baird Jones
BARGAIN
Women Sleuths
Rating: 4.6

Isabel “Stan” Stanley is stuck in a rut in the DC suburbs. As a wannabe romance writer, she hopes a sexy muse falls into her lap. But she never expected a handsome spy to dive through her sunroof…

Pursued by a hail of bullets, international CIA Agent Kelvin Kapone didn’t have plans to make friend. But when his latest mission puts him in the bewildering burbs, the charming Stan is a surprisingly strong guide. As he discovers a chilling terrorist plot, Kelvin doesn’t want to admit that he may just need the suburbanite’s help… #ad 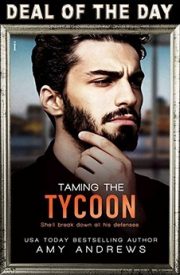 Real estate tycoon Nathaniel Montgomery is one deal away from making his first billion and fulfilling a promise to his dying father. Nothing will stop him from tearing down the decrepit St. Agnes hospital and erecting posh condos in its place. Not even the crystal-wearing, health food store owner whose publicity stunt lands him in the hospital.

After her brush with death five years ago, child prodigy Addie Collins learned what’s truly important–health, happiness, and the two-hundred-year-old rose garden at St. Agnes. To make amends for the accident, she agrees to pose as Nathaniel’s girlfriend at his eccentric grandmother’s birthday party. But Addie has an ulterior motive… #ad 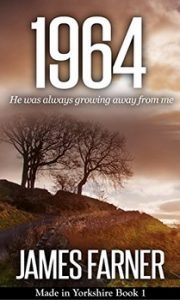 Richard Warren, aged ten, is growing up in the North Yorkshire village of Ledder Bridge. Through verdant fields and meandering brooks, life is simple and easy, far from the turmoil of the Cold War world.

When an adventure with his older brother Peter Warren goes wrong and Richard finds himself trapped in the dark depths of an abandoned quarry, it kick-starts a chain of events that brings him into contact with work, family conflict, and the dreaded English class system… #ad 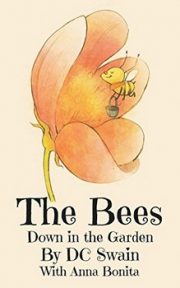 Down in the garden beyond the apple trees, is a fading blue hive, full of busy bees…

Join the bees down in the garden on a day of fun, danger and adventure in this beautifully illustrated picture book.

With a whimsical story and crisp, original illustrations, this is a story your children will want to read again and again. #ad 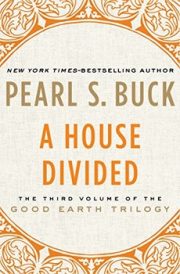 On the eve of a popular rebellion, the Chinese government starts to crack down in cities across the country. Fleeing the turmoil, Wang Yuan, the son of a famous general and grandson of the patriarch of The Good Earth, leaves for America to study agriculture.

When he returns to China six years later, he encounters a nation still in the grip of violent uprisings. Unprepared for the social upheaval, Wang is torn by the tensions between old traditions and new ways, and by his formidable family, whose struggles he hopes to solve… #ad 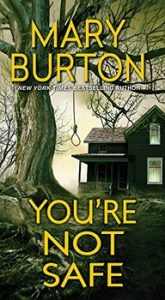 The broken body hanging from a tree in Texas Hill Country…the frozen figure huddled in a meat locker…only at second glance does the truth become apparent. What seems like suicide is far more sinister, and the terror is only beginning…

One devastating moment changed Greer Templeton’s life and ended two others. Now, with a body found on her property and Texas Ranger Tec Bragg on her doorstep, Greer’s nightmare has returned. With each new victim, her link to Tec’s case grows, and soon it will be too late to run. #ad 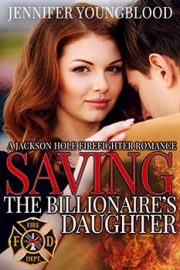 When billionaire Judd Hoffman agrees to give the keynote address at his high school reunion, he never expects to reconnect with beautiful and illustrious Whitney Fox, his high school crush. Sparks fly, opening the door to a promise of a lasting relationship. However, trouble with Judd’s teenage daughter and an unexpected tragedy may cause Judd to lose everything he holds dear. #ad 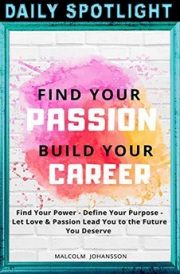 Would you like to uncover what you were truly meant to do on this planet? What if you could turn your life purpose into a sustainable career filled with passion and live the life you’ve always wanted to live?

In modern society everybody seems to be craving for passionate, purposeful and significant life experiences. And given that the average individual spends about 80.000 hours at work during his life, we easily understand why “following your passion” has become a defining piece of career advice. But one problem is that it suggests that passion is all you need and that couldn’t be further from the truth… #ad 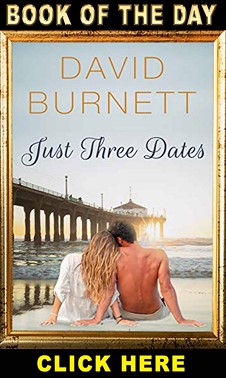 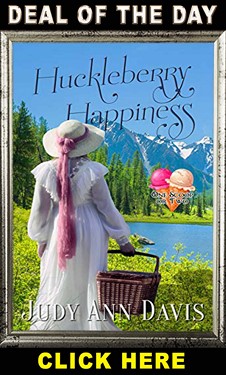 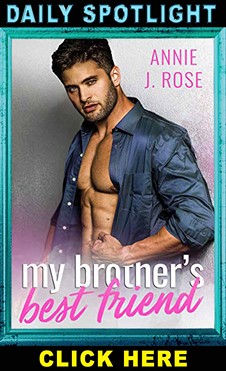