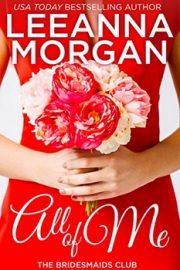 All of Me
by Leeanna Morgan
FREEBIE
Small Town Romance
Rating: 4.5

Tess has given up looking for Mr. Right, but that doesn’t mean she’s given up on love. When she reads a newspaper article about a young couple who’ve had everything stolen from their home, including four bridesmaids dresses, she knows she has to help.

But by helping the bride, Tess risks exposing a past she doesn’t want anyone to know about. She does everything she can to minimize the danger she’s in, but she does the one thing guaranteed to destroy everything – she falls in love with the wrong man. #ad 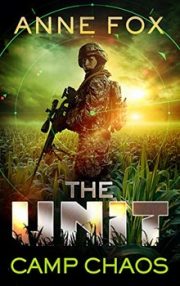 She’s a bada$$. A foul-mouthed woman with a gun on her hip and a badge on her belt. And she’s good with a gun. Very good. She’s dying to be a member of the unit – literally.

Meet Special Agent Kathryn Hanko as she joins the clandestine law enforcement team known only as “the unit” and faces her first mission with them against the terrorist group Camp Chaos. #ad 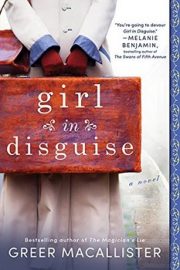 In the tumultuous years of the Civil War, the streets of Chicago offer a woman mostly danger and ruin–unless that woman is Kate Warne, the first female Pinkerton detective and a desperate widow with a knack for manipulation.

Descending into undercover operations, Kate is able to infiltrate the seedy side of the city in ways her fellow detectives can’t. She’s a seductress, an exotic foreign medium, a rich train passenger–all depending on the day and the robber, thief, or murderer she’s been assigned to nab. #ad 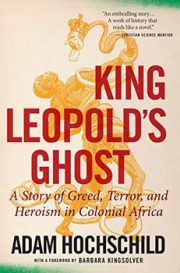 In the late nineteenth century, as the European powers were carving up Africa, King Leopold II of Belgium carried out a brutal plundering of the territory surrounding the Congo River. Ultimately slashing the area’s population by ten million, he still managed to shrewdly cultivate his reputation as a great humanitarian.

A tale far richer than any novelist could invent, King Leopold’s Ghost is the horrifying account of a megalomaniac of monstrous proportions. It is also the deeply moving portrait of those who defied Leopold… #ad 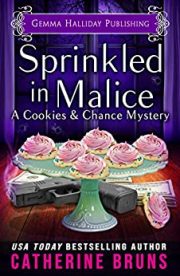 From USA Today bestselling author Catherine Bruns comes another deliciously deadly culinary mystery… Spring has officially arrived, and while the weather outside may still be frightful, Sally Muccio is feeling especially delightful as she prepares a homemade family dinner in honor of her husband’s birthday. Sal’s determined to make it an unforgettable night for Mike and even includes homemade fortune cookies like the ones her bakery serves, with messages personalized for each guest.

The evening is memorable, but not as Sal had hoped, when Mike and a family friend find themselves in the middle of an armed robbery…and only one will make it out alive. It’s just the beginning of more grief for Sal, who soon discovers the robbery is related to a scheme that spells financial ruin for her family… #ad 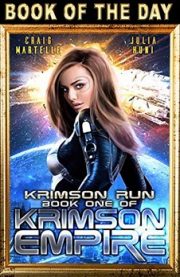 The Federation will make you pay for your crimes, even the fake ones.

Tony, a spy from a rival star system who is the scion of a galactic crime family. Quinn, falsely accused former military betrayed by her husband. A conspiracy that intertwines their lives. Where did the government go wrong? When they separated Quinn from her kids. She vowed to do whatever it would take to find them and rescue them.

They should have let her. Instead, they made her fight. Now Quinn and Tony will make the Federation wish it had taken the easy option. Quinn’s escape starts today. Tomorrow will have to take care of itself. #ad 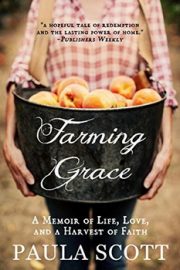 Her great-great-grandma came to California in a covered wagon more than a hundred years ago, and her family has farmed in the Sacramento Valley ever since, but a life of farming was the last thing she wanted… until the day fate brings her back to the farm.

Nineteen-year-old Paula Scott leaves California when the almonds are in bloom for college in Reno, Nevada where cocaine, casinos, and her first honest-to-goodness boyfriend will break her farmgirl heart, but her story doesn’t end in the desert with a broken heart. #ad 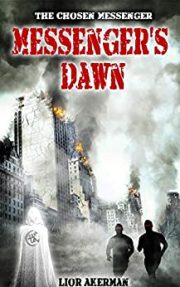 Mike Messenger is a young man working in NY on relocation, enjoying the life the city has to offer. Until late one night, he discovers he is the messenger chosen to save the earth from the evil forces of the lethal, destructive figures in black that strive to shatter the natural order of things.

The figures in black, faceless and endowed with superhuman powers, have been charged with executing a number of attacks to wreak havoc and shock the world, while spreading fear around the globe. When these opposing forces are on an inevitable collision course, the messenger has one mission only: to stop the wicked conspiracy before it is too late. #ad 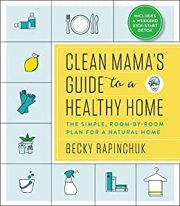 In Clean Mama’s Guide to a Healthy Home, Becky Rapinchuk, author of Simply Clean and creator of the popular cleaning website Clean Mama, provides a step-by-step guide to take charge of your home’s wellness with a comprehensive, all-natural cleaning system.

Cleanliness is about detoxing, embracing organic, all-natural methods and products, and protecting the environment. Moms look to Becky to guide them in the best cleaning practices for their home… #ad 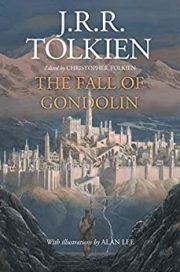 The Fall of Gondolin
by J.R.R. Tolkien
BARGAIN
Fantasy
Rating: 4.5

In the Tale of The Fall of Gondolin are two of the greatest powers in the world. There is Morgoth of the uttermost evil, unseen in this story but ruling over a vast military power from his fortress of Angband.

Deeply opposed to Morgoth is Ulmo, second in might only to Manwë, chief of the Valar: he is called the Lord of Waters, of all seas, lakes, and rivers under the sky. But he works in secret in Middle-earth to support the Noldor, the kindred of the Elves among whom were numbered Húrin and Túrin Turambar. #ad 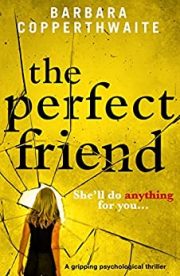 She’ll do anything for you… My name is Alex, and my world has been shattered. My husband has left me. My children won’t speak to me. My friend Carrie is the only person I have. She’s the only one I can trust to keep all my secrets. She’d never do anything to let me down. Would she?

This dark, gripping psychological thriller will have you holding your breath until the very last page. Fans of Behind Closed Doors, Sometimes I Lie, and The Girl on the Train will be captivated. #ad 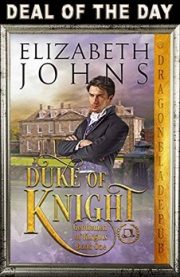 Rowley Knight, Duke of Knighton, is too busy being a duke to bother with such nonsense as love. With three heirs, he is in no hurry whatsoever to succumb to the lures of the leg-shackles. He is content managing his siblings and estates, and avoiding Society whenever possible. If he can only find someone to manage his young sister, life can go back to its proper order.

Emma Lancaster’s father gambled away her family’s fortune leaving her hopes for a respectable marriage shattered. Destitute and near desperate, she accepts a position as a governess to a young lady at the recommendation of her godmother. Little does she know that her charge is the brother of the man she despises. Can she humble herself to become his employee? Or will her temper get the best of her–and him? #ad 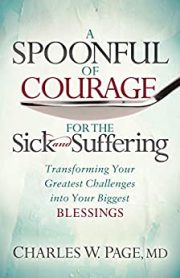 A Spoonful of Courage for the Sick and Suffering
by Charles W. Page, MD
FREEBIE
Religious & Inspirational
Rating: 4.8

A Spoonful of Courage for the Sick and Suffering inspires the sick and suffering to see their challenges through a lens of faith. Each “Spoonful” chapter provides a small dose of faith, hope, and encouragement written from a physician’s viewpoint.

This compilation of real stories from real people encourages those who are sick and suffering to see their greatest challenges as their biggest blessings–one spoonful at a time. #ad 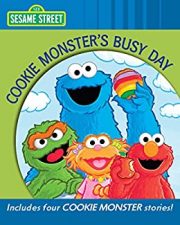 What is Cookie Monster’s favorite color to eat? How many ways can Cookie, Elmo, Abby, Big Bird, and pals move along in a parade?

From washing up to making his bed, Cookie’s day is as full as his belly! #ad 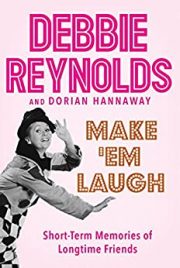 The beloved Hollywood star and New York Times bestselling author of Unsinkable continues her intimate chat with fans in this entertaining collection of anecdotes, stories, jokes, and random musings from a woman who has seen it all–and done most of it.

A true Hollywood icon, beloved by millions of fans around the world, Debbie Reynolds died on December 28, 2016, at the age of 84, just one day after the death of her daughter, actress and author Carrie Fisher. #ad 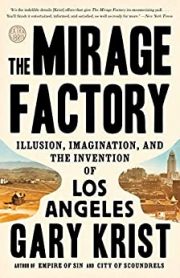 From bestselling author Gary Krist, the story of the metropolis that never should have been and the visionaries who dreamed it into reality

Little more than a century ago, the southern coast of California–bone-dry, harbor-less, isolated by deserts and mountain ranges–seemed destined to remain scrappy farmland. Then, as if overnight, one of the world’s iconic cities emerged. Spanning the years from 1900 to 1930, The Mirage Factory is the enthralling tale of an improbable city and the people who willed it into existence by pushing the limits of human engineering and imagination. #ad 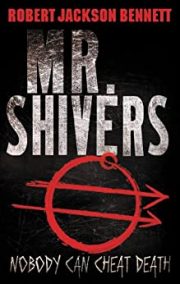 In the ruins of the Dust Bowl, thousands have left their homes looking for a better life, a new life. But Marcus Connelly is not one of them. He searches for one thing, and one thing only: Revenge. Because out there, riding the rails, stalking the camps, is the scarred vagrant who murdered Connelly’s daughter. One man must face a dark truth and answer the question – how much is he willing to sacrifice for his satisfaction? #ad 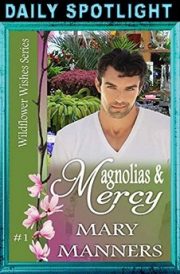 Wyatt Cutler manages to break away from family-owned Cutler Nursery–and small-town Clover Cove–until his father perishes in a tragic accident. With no choice but to abandon his prestigious position at world-renowned Messer Dynamics and return to home, Wyatt’s only goal is to help his mother and brother, Reese, keep the family business afloat.

The laughter has faded for Kami Moretto as she struggles to keep her family’s business running. With her mom gone and her dad in a deep depression, Pappy’s Pizzeria hangs on by a thread. Kami longs for days of the past and a time when her faith carried her through every storm, while she wonders how Wyatt can take his family–and his business–for granted when hers is in such shambles. #ad 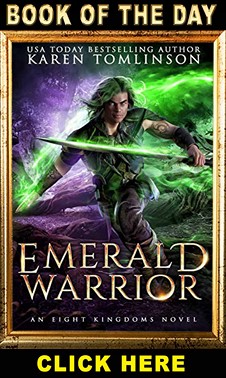 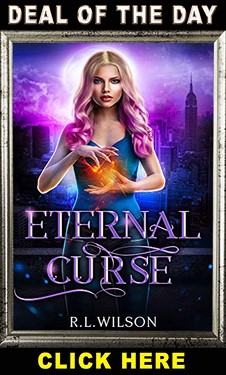 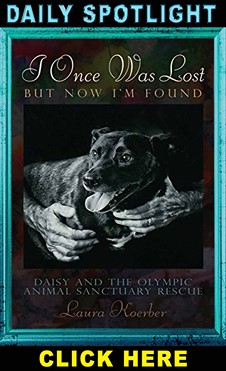