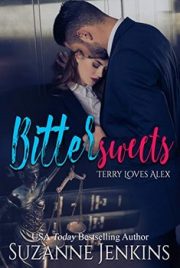 The new lawyer in the office, Iraq veteran Alex Hawthorn is also the new heart throb, but fraternization is strictly forbidden. When Philadelphia lawyer Terry Kovac falls in love with him, she’s ready to give up everything, including her job. 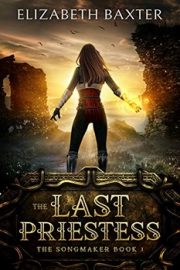 In a land ravaged by civil war mages battle for supremacy whilst warlords rule the remnants of a broken population. And, sensing weakness, dark forces gather beyond the Veil, ready to punch a hole into this reality… Into this arena step two reluctant saviors.

Maegwin, a tormented priestess, is the last of her kind. The sole survivor of a murderous attack on her temple, she knows her goddess would preach forgiveness for her enemies. But Maegwin dreams only of revenge. 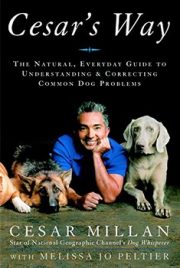 From his appearances on The Oprah Winfrey Show to his roster of celebrity clients to his reality television series, Cesar Millan is America’s most sought-after dog-behavior expert. But Cesar is not a trainer in the traditional sense–his expertise lies in his unique ability to comprehend dog psychology.

Tracing his own amazing journey from a clay-walled farm in Mexico to the celebrity palaces of Los Angeles, Cesar recounts how he learned what makes dogs tick… 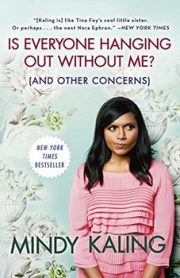 Is Everyone Hanging Out Without Me?
by Mindy Kaling
BARGAIN
Biography & Memoir
Rating: 4.4

In this hilarious instant classic, the creator of The Mindy Project and Never Have I Ever invites readers on a tour of her life and her unscientific observations on romance, friendship, and Hollywood.

Mindy Kaling has lived many lives: the obedient child of immigrant professionals, a timid chubster afraid of her own bike, a Ben Affleck–impersonating Off-Broadway performer and playwright, and, finally, a comedy writer and actress prone to starting fights with her friends and coworkers with the sentence “Can I just say one last thing about this, and then I swear I’ll shut up about it?” 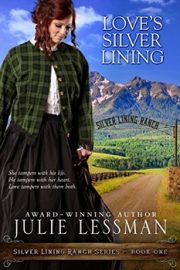 Desperate to escape an arranged marriage to a womanizer, twenty-two-year-old Maggie Mullaney flees New York for Virginia City, Nevada with her Aunt Liberty, two spunky suffragists intent on bettering the lives of women.

Fresh out of nursing school, Maggie hopes to devote herself to serving others rather than just one man, a goal quickly affirmed when she encounters Blaze Donovan, a womanizing cowboy who both riles and rouses her pulse. But when Aunt Liberty’s parents’ house burns down, she and Maggie are coerced into staying at the ranch of Liberty’s ex-husband, Finn McShane, who just happens to be the uncle of the cocky cowboy Maggie had hoped to avoid. 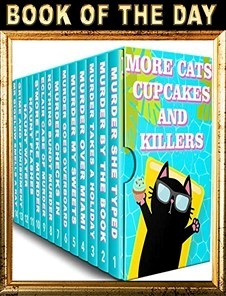 USA TODAY BESTSELLING AUTHORS – If you liked our 7 BOOK SET, you’ll LOVE our 14 BOOK SET twice as much!!

Take a peek at what’s inside: IZZY GREENE COZY MYSTERY SERIES: 1-MURDER SHE TYPED: Izzy Greene, a widow of a certain age, joins a writing group in an attempt to actually finish one of her stories. She gets more than she bargained for, however, when her nemesis, sexy blonde bombshell, Sondra Sockerman disappears under suspicious circumstances. Izzy soon realizes she has a natural detecting ability when she and her friend, Flo, try to find the killer…who is now after them. Check out the complete set of 14 Cozy Mysteries HERE! 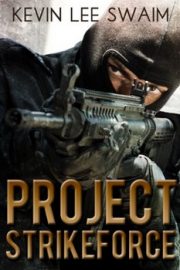 “…I hit the ending, where Swaim smashes the reader in the face with a large brick. Once done, still shaking my head from impact, I decided that I’d enjoyed that.”-San Francisco Book Review

John Frist was a good soldier, until his Humvee was hit by an IED in Iraq. Discharged, he carries out one of the worst terror attacks in US history. Captured and brainwashed, he is remade by Project StrikeForce into a technologically enhanced super-soldier. Now he must find a former Mujahideen, Abdullah the Bomber, before Abdullah can strike the US with a terror attack of his own. 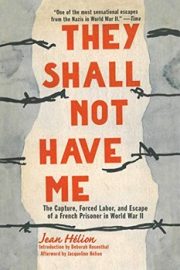 They Shall Not Have Me
by Jean Helion
FREEBIE
Biography & Memoir
Rating: 4.2

The French painter Jean Hélion’s unique and deeply moving account of his experiences in Nazi prisoner-of-war camps prefigures the even darker stories that would emerge from the concentration camps.

This serious adventure tale begins with Hélion’s infantry platoon fleeing from the German army and warplanes as they advanced through France in the early days of the war. The soldiers chant as they march and run, “They shall not have me!” but are quickly captured and sent to hard labor… 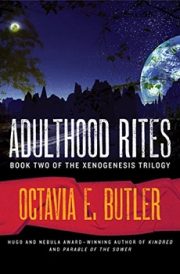 The futures of both mankind and an alien species rest in the hands of one hybrid son in the award-winning science fiction author’s masterful sequel to Dawn.

At once a coming-of-age story, science fiction adventure, and philosophical exploration, Butler’s ambitious and breathtaking novel ultimately raises the question of what it means to be human. This ebook features an illustrated biography of Octavia E. Butler including rare images from the author’s estate. 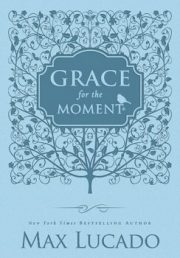 Grace for the Moment by New York Times bestselling author Max Lucado has had a major impact on countless people seeking the grace of God. Max’s devotions will touch your life as they emphasize the help and hope of God in everyday moments.

This 365-day devotional illustrates God’s faithfulness in all facets of life. OEach devotion encourages readers to grow their faith by embracing the hope of the Lord every day… 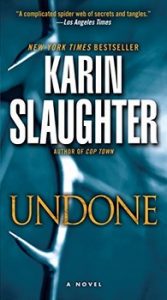 In the trauma center of Atlanta’s busiest hospital, Sara Linton treats the city’s poor, wounded, and unlucky–and finds refuge from the tragedy that rocked her life in rural Grant County. Then, in one instant, Sara is thrust into a frantic police investigation, coming face-to-face with a tall driven detective and his quiet female partner. 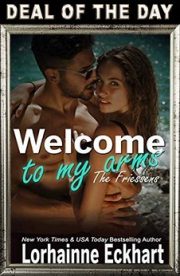 What was supposed to be a simple rescue by a stranger turns into so much more. Everyone in Columbia Falls, Montana believes that Chelsea Friessen is a spoiled princess who is more trouble than she’s worth. They’d be wrong though, considering that tale was spun by a scorned high school crush and two years later is still the first impression everyone has of her.

But when she meets a man whose personality is as arrogant as he is drop dead gorgeous that if Chelsea was in her right mind should have her running away from him. The only problem is that this badass stranger walked into her life knowing he saved her from humiliation, a stranger and a kiss she couldn’t resist where he pretended to be her fiancé. The only problem with pretending is it suddenly becomes far too real. 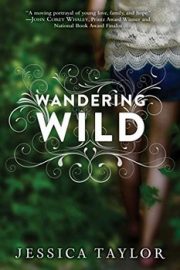 Sixteen-year-old Tal is a Wanderer–a grifter whose life is built around the sound of wheels on the road, the customs of her camp, and the artful scams that keep her fed. With her brother, Wen, by her side, it’s the only life she’s ever known. It’s the only one she’s ever needed.

Then, in a sleepy Southern town, the queen of cons picks the wrong mark when she meets Spencer Sway–the clean-cut Socially Secured boy who ends up hustling her instead of the other way around… 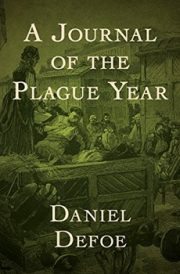 A Journal of the Plague Year
by Daniel Defoe
FREEBIE
Literary Classics
Rating: 4.0

The year is 1665 and the plague has come to London. The air is heavy with death, the body count is rising, and the death carts are filling quickly. Our unflinching eyewitness narrator, HF, recounts the gruesome realities of life in a city overrun by the Black Death. Terror and hysteria seize the city as disease runs rampant. 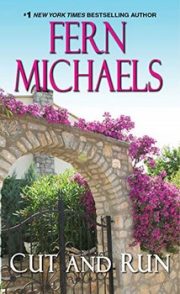 The Sisterhood: a group of women from all walks of life bound by friendship and a quest for justice. Armed with vast resources, top-notch expertise, and a loyal network of allies around the globe, the Sisterhood will not rest until every wrong is made right.

It’s been three months since Countess Annie de Silva slipped away from her home before dawn, leaving a cryptic note and no clue as to her destination. That’s an eternity for friends as devoted as the Sisterhood. Now they’re desperate to ensure that their founding member is alive and well, and that means tracking her down–wherever in the world she might be. 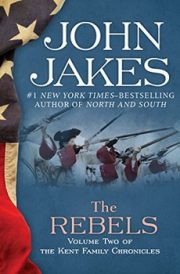 In a bold move, Kent has taken up arms for the future of his new family. Spirited and unwavering in his dedication to his adopted homeland, Kent fights in the most violent battles in America’s early history.

As the Revolution rages, Kent’s story interweaves with the trials of a vivid cast of characters, both famous and unknown. The result is a tautly plotted epic novel that transports the reader into the thrilling adventure of a man’s fight for a new life. 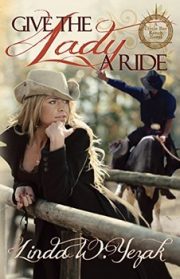 Patricia Talbert is a high-class social coordinator from New York. Talon Carlson is a rugged bull rider from Texas. He thinks she’s too polished. She thinks he’s insane.

Opposites aren’t quick to attract when the lady who enters the cowboy’s world is on a mission to sell the ranch. But a box of letters changes her mission-letters of unshakable faith and a love deeper than anything she’s ever experienced. Soon she finds his integrity appealing. Her spunk draws him in. He has the faith she craves; she may be the love he longs for. But faith and love aren’t achieved in a single weekend… 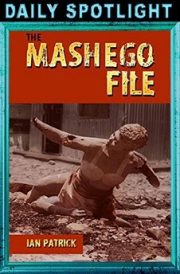 “Shocking thriller with page-turning action all the way based on frontline research. Enjoyable and fast-paced reading…”

As things fall apart, Detective ‘Nights’ Mashego investigates. But he carries his own dark burden… 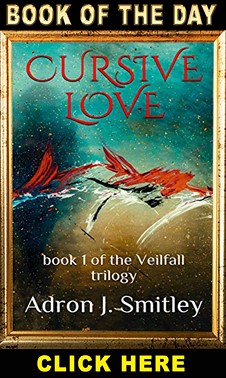 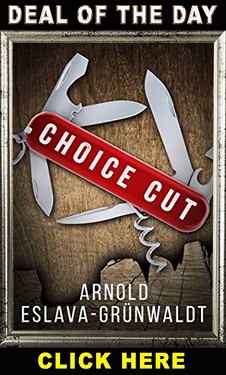 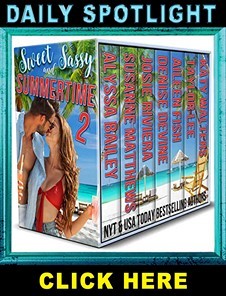