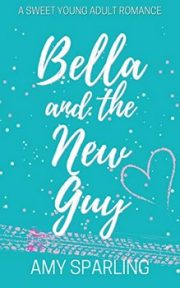 Bella and the New Guy
by Amy Sparling
FREEBIE
YA Romance
Rating: 4.3

Roca Springs might be a small, boring Texas town. But it’s my town. I’m about to graduate high school and I plan on spending every second of my summer break at the local motocross track. I need the low key vibes of a dirt bike track because my best friend is too stuck on her boyfriend to hang out anymore, and after royally humiliating myself in front of my crush, I have no desire to date any time soon.

Dirt bikes are my passion. Not guys. The last thing I need is for disgraced motocross star Liam Mosely to show up. He was kicked off his professional race team for being a stuck up, cocky, arrogant jerk, and after spending one day with him, I can’t say I disagree. #ad 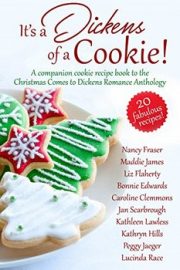 It’s a Dickens of a Cookie!
by Multiple Authors
FREEBIE
Cookbook
Rating: 4.8 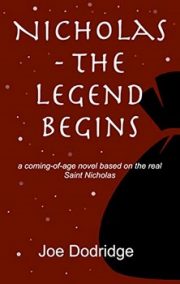 Nicholas is 19 years old and has just lost his parents in a fire. Furthermore, his father’s business partner, Alexander, takes away Nicholas’s money, business, and house. Nicholas throws away his faith and allows his newfound self-pity to turn away Aemilia, the woman he was never quite clever enough to realize he truly loved.

In the midst of Nicholas’s downward spiral, Alexander hatches a plan to sell Aemilia and her two sisters into slavery. Tirelessly pursued by his unfailing friend, Rufus, Nicholas refinds his faith, rescues his true love, and in the process discovers his purpose in life. Based on the amazing true story of the man our culture created into Santa Claus, this story has elements of action, adventure, romance, and faith… #ad 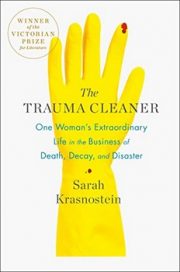 Winner of the Victorian Prize for Literature, Sarah Krasnostein’s The Trauma Cleaner: One Woman’s Extraordinary Life in the Business of Death, Decay, and Disaster is the fascinating biography of one of the people responsible for tidying up homes in the wake of natural–and unnatural–catastrophes and fatalities.

The Trauma Cleaner is the extraordinary true story of an extraordinary person dedicated to making order out of chaos with compassion, revealing the common ground Sandra Pankhurst–and everyone–shares with those struck by tragedy. #ad 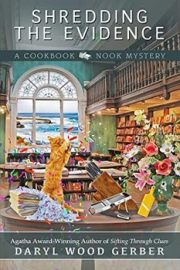 The denizens of Crystal Cove are salivating over the upcoming Food Bowl Week, when local chefs offer some of their best and most imaginative creations in bite-size portions all over town.

Bookstore proprietor Jenna Hart is hungry to sample as many of the delicacies as she can, but when she stumbles onto the dead body of a local food reporter and learns that her best friend’s husband is the primary suspect, she’ll have to summon the appetite for a side dish of sleuthing to prove his innocence. #ad 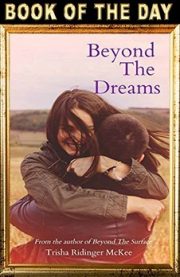 Beyond the Dreams
by Trisha Ridinger McKee
BARGAIN
Romance
Rating: 5.0

Lila knows life is not easy. As a young teenager, she survived her parents’ divorce and curbed her rebellious, angry ways. Things were almost looking up. Her mother has gotten that fairy tale love, but now she is dragging her feet about wedding details. And Lila’s father has moved on with his life and is pushing Lila away.

Now as she starts a new journey, Lila has to face leaving her suddenly distant boyfriend behind as she goes away to college. Heartbroken, she gets swept up in the freedom college life brings. But when she is distracted by Grant, a guy whose calmness soothes her and intensity makes her question all she thought she knew about love, she learns that life is not about to get any simpler. Beyond the Dreams is Book 2 in the Beyond Series–check out Book 1, Beyond the Surface! #ad 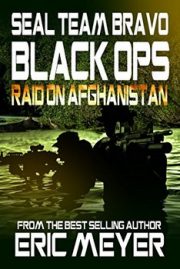 Bravo Platoon, SEAL Team 7, parachutes into action. Yet a question mark hangs over Chief Petty Officer Kyle Nolan. A question mark over his health, and his ability to hold the platoon together. Can he still cut it after the murder of his wife tore him apart?

If he comes unstuck during the mission, the lives of them all are in danger. With no time to make changes, Nolan stays in place. The mission must continue, the stakes are too high, the enemy vicious and clever enemy. #ad 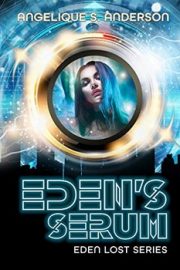 Adam Carpenter is the founder of Identicoin. A tiny quarter-sized disk that stores a person’s medical, financial, and criminal records and can be used on any compatible machine.

His invention lands him his own division of one of the most lucrative companies in the world and a financial compensation enough to purchase the final step needed for the perfect life. #ad 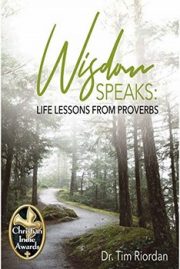 Have you ever wished for a “How To” book on life? God has given us one in the book of Proverbs.

Thousands of years ago, God inspired writers to offer practical guidance for real life issues. Join pastor and Bible teacher Dr. Tim Riordan on a journey through this book of wisdom where you will study one of the most read books of the Bible. He begins with help on how to study Proverbs and then offers a topical discussion on a variety of issues addressed in the pages of this cherished book of wisdom. #ad 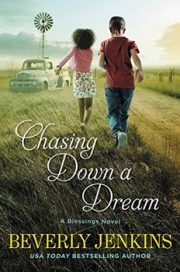 Tamar July has never had a great relationship with certain members of her family. In fact, she’d characterize it as a “hate/hate relationship.” But when her cousin calls her with the news that she’s dying and wants Tamar to plan the funeral, she’s shocked but is willing to drop everything for her.

After a horrendous storm, Gemma finds a young boy and his little sister walking on the side of the road. She takes them in, and quickly falls in love with the orphaned siblings. But when Gemma contacts Social Services to try to become their foster mother, she’s told a white woman cannot foster African-American children… #ad 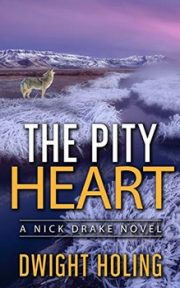 Set in 1968, Nick Drake is a troubled Vietnam War veteran seeking redemption as a game warden in a quiet land. But when a fighter pilot from a nearby Air Force base mysteriously plummets onto one of his refuges, he is plunged into a deadly showdown with the military.

A vexing mystery involving multiple murders ensues, and Nick must turn to the old ways of his Paiute neighbors to hunt for a vicious killer and bring justice to the pitiless high desert. #ad 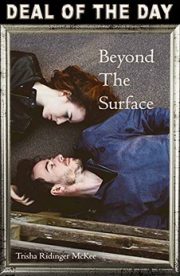 Beyond the Surface
by Trisha McKee
BARGAIN
Romance
Rating: 5.0

Ella is a middle-aged woman with a stagnant career, an exasperated teenage daughter, and a husband that has left to make a new life with another woman. Her first attempt at dating is a disaster, and in an attempt to refocus her life and rediscover her joy, Ella goes fishing.

It is here that she meets Dennis, the older, captivating man that ends up saving her life and stealing her heart. But Dennis has a history, and Ella might just be in for the biggest heartbreak of her life if she can not get her emotions under control and face the demons from her own past. Beyond the Surface is Book 1 in the Beyond Series–check out Book 2, Beyond the Dreams, now available!#ad 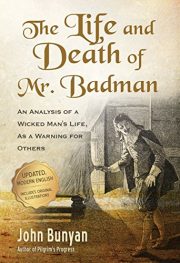 The life of Mr. Badman forms a third part to The Pilgrim’s Progress, but it is not a delightful pilgrimage to heaven. On the contrary, it is a wretched downward journey to the infernal realms.

The author’s goal is to warn poor, thoughtless sinners, not with smooth words they can ignore, but with words that thunder against their consciences regarding the danger of their souls and the increasing wretchedness into which they are madly hurrying… #ad 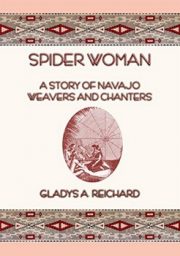 SPIDER WOMAN – The Story of Navajo Weavers and Chanters
by Gladys A. Reichard
FREEBIE
History
Rating: 4.5

A Navajo Legend goes “Spider Woman instructed the Navajo women how to weave on a loom which Spider Man told them how to make.

The crosspoles were made of sky and earth cords, the warp sticks of sun rays, the healds of rock crystal and sheet lightning. The batten was a sun halo, white shell made the comb. There were four spindles; one a stick of zigzag lightning with a whorl of cannel coal…” #ad 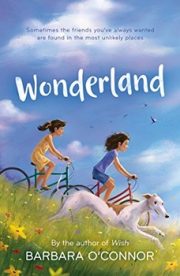 Mavis Jeeter is fearless and bold, but she has never lived in one place long enough to have a real best friend. Her flighty mother has uprooted them again to another new home and taken a job as a housekeeper for the Tully family. Mavis wants this home to be permanent–which means finding herself a best friend.

Rose Tully is a worrier who feels like she doesn’t quite fit in with the other girls in her neighborhood. Her closest friend is Mr. Duffy, but he hasn’t been himself since his dog died. Rose may have to break a few of her mother’s many rules to help Mr. Duffy… #ad 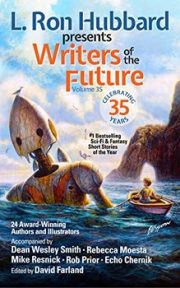 If you’re ready to travel to a universe of mystery, sacrifice, and suspense, where the laws of physics are optional, book your journey here.

On this odyssey of enchantment, enlightenment, and endless possibility, you will meet a murderer who’s out to save mankind, a cyborg who robs the dead to rescue the living, and a lost boy who holds the key to peace. Discover visions of the world, of mankind, and of the future that are sure to open your eyes. #ad 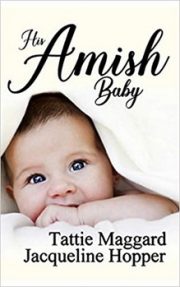 Raim Schwartz’s Rumspringa is a blurry distant memory, one that makes little difference as he prepares for his future. The last thing he expects on his wedding day is Alyssa Moore, his former neighbor in Springfield, to show up and announce he’s the dat of her baby.

Homeless and unemployed, Alyssa is desperate for Raim’s help, but it comes with emotional strings attached. Can Alyssa bear to be parted from the baby she’d made great sacrifices to keep? #ad 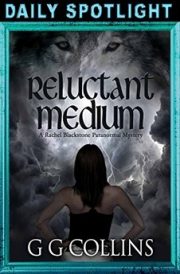 All Rachel Blackstone wants is to talk with her father; solve the mystery of how he died. Using a Native American ceremony given to her by a shaman, she summons him in this paranormal mystery. Instead, a soul intent on revenge slips through and threatens people she loves. Now the Santa Fe, New Mexico reporter must follow the evil spirit, uncover its purpose and send it back.

The shape-shifter has horrific powers. Rachel is tormented by what she has unleashed. There’s more. She’s seeing dead people; which frankly give her the creeps. Some are helpful; others lead her away from the truth. One spirit, a lone wolf, seems to have an uncertain allegiance. What she, and friend Chloe–both fledgling women sleuths–uncover is an earthly scam involving both the quick and the dead… Check out G G Collins’ Rachel Blackstone Paranormal Mysteries! #ad 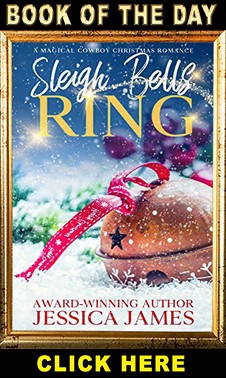 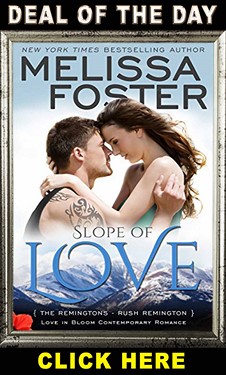 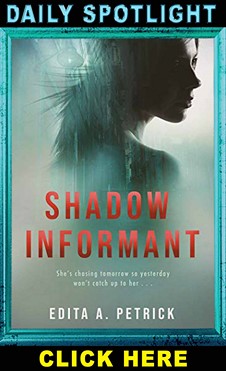