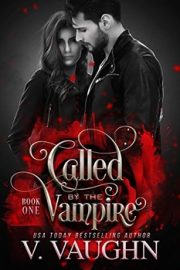 When Maggie Evans had a heart transplant, she received more than a new organ from her donor. She also got a piece of the woman’s soul and now, Maggie can feel emotions she can’t explain. Emotions that help her decide to take a job for Sebastian Hart in a dark mansion on the coast of Maine. When she gets there, she discovers her heart had a good reason to make her go.

Sebastian isn’t the only Hart brother who makes Maggie’s pulse quicken. His younger brother, Alexander, captures the rest of her. While having her affections torn between two brothers who are her bosses is complicated enough, Maggie also learns the men are far more than they seem… #ad 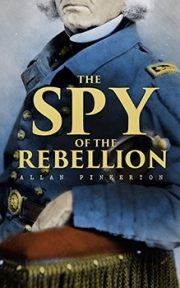 The Spy of the Rebellion
by Allan Pinkerton
FREEBIE
History
Rating: 4.5

The Spy of the Rebellion follows the activities of Allan Pinkerton, famous American detective and spy, during events leading up to and during the American Civil War. By his own admission, in 1861 Pinkerton led a group of agents who foiled a plot to assassinate President-elect Abraham Lincoln.

Later, under the pseudonym of Major E. J. Allen, Pinkerton was in charge of an organization which carried out an intelligence and espionage for General George B. McClellan. The book is filled with the amusing stories about spy work and methods used by Pinkerton to recruit and manage agents. #ad 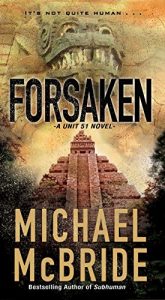 At a research station in Antarctica, scientists discovered a strange and ancient organism. They thought they could study it, classify it, control it. They couldn’t. Six months ago, a secret paramilitary team called Unit 51 was sent to the station. They thought the creature was dead, the nightmare was over. It wasn’t.

In a Mexican temple, archeologists uncover the remains of a half-human hybrid. They believe it is related to the creature in Antarctica, a dark thing of legend that is still alive–and still evolving… #ad 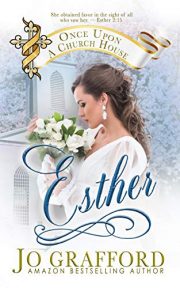 Esther Carmichael’s crippled father has always promised she is destined for greater things, though all she’s ever known is poverty. When a pastor friend hires them to help organize a big church celebration in Mountain Springs, Idaho, she jumps at the chance to see a bit of the world, never dreaming how much danger they’ll face along the way.

Finn Wilder is forced to leave behind his wealth and family legacy to go on the run for a crime he didn’t commit. The only thing standing between him and arrest is a lovely newcomer to his remote mountain community – one who agrees (at their pastor’s shocking request) to pose as his wife and vouch for his innocence. Check out Jo Grafford’s Once Upon A Church House series! #ad 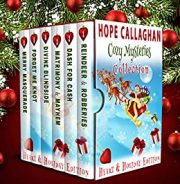 Treat yourself to the “Heart & Holiday” Cozy Mystery Collection featuring 6 bestselling books from four of Hope Callaghan’s most popular mystery series. Each book has a holiday or love theme.

These books are not available in any other boxed set or collection and would cost around $24 if bought individually. For a limited time, you can get all 6 books in this special collection and save over 90%…or read FREE with Kindle Unlimited! BONUS: RECIPES INCLUDED! #ad 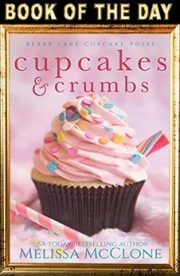 After life takes five women on different paths, a death brings them home. But friendship might not be enough to keep them together.

When Bria Landon and her estranged father each inherit fifty percent of a small-town cupcake shop, her dad hires her worst enemy, and first love, to turn the place into a soulless franchise…or sell it. To save her aunt’s legacy, Bria needs the help of people who love the bakery as much as she does–her old friends who worked there fifteen years ago. Except each woman is dealing with her own problem: Juliet, who’s trying to prove she’s more than a trophy wife; Missy, a widow who fears losing the job she loves; Nell, who’s meddling mother won’t stop playing matchmaker; and Selena, a life coach who excels at fixing everyone else’s lives…but hasn’t a clue what’s missing in her own… Check out Melissa McClone’s Berry Lake Cupcake Posse series! #ad 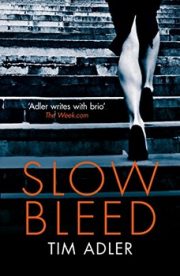 “A tense and gripping crime read … Slow Bleed grabs you by the throat.” -Raven Crime Reads

When Doctor Jemma Sands’ five-year-old son goes missing, only she believes that a vengeful patient has stolen her child. How do you convince police to search for a dead woman? As her world falls apart, Jemma realises she is the only one who can save her son. If somebody took your only child, how far would you go to get him back? #ad 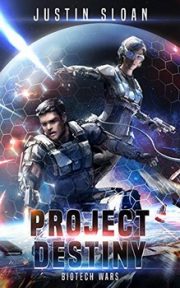 Marick was ecstatic to be accepted to the advanced super-soldier program as part of New Origins’ privatized space force. But when he learns that corporate greed has corrupted his dreams and finds a stranger from his past, all bets are off.

A super-soldier teams up with a hacker to form a team that will take down the entire system. Along the way, discovering more secrets related to corporate greed, espionage, and alien life. #ad 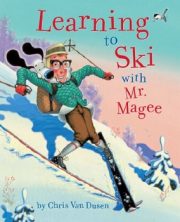 One winter morning, Mr. Magee and his little dog, Dee, head out bright and early to learn how to ski. But what begins as a pleasant day in the snow quickly goes downhill when a run-in with a curious moose sends them flying through the air and hanging above an abyss!

How will Dee and Magee find their way out of this snowy situation? Chris Van Dusen, the creator of Down to the Sea with Mr. Magee and A Camping Spree with Mr. Magee, has crafted yet another fun-filled adventure for Magee fans old and new. #ad 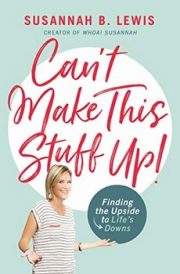 Can’t Make This Stuff Up!
by Susannah B. Lewis
BARGAIN
Biography & Memoir
Rating: 4.8

In her highly-anticipated nonfiction debut, humorist, popular blogger, and USA Today bestselling author, Susannah B. Lewis (Whoa! Susannah) uses dry wit and an eye for the absurd to find laughter in even the most challenging circumstances.

Millions of online fans have flocked to Susannah B. Lewis’s hysterical, take-no-prisoners videos that capture her uproarious yet deeply faithful view of the world. Now she brings to book form her keen eye for the absurd as she reveals her experiences growing up in a small Tennessee town… #ad 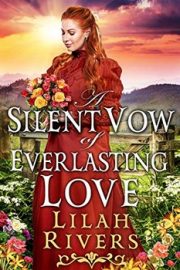 Nancy Cartwright is stunned when lawmen invade her home in the middle of the night and arrest her husband. Adding to that, the handsome, yet stern town sheriff is convinced she knows more about her husband’s crimes than she is letting on, and questions her until she is nothing more than a bundle of nerves.

Disheartened by his unfair behavior and surrounded by judgemental glances, she feels that her only way out of her misery is a mail-order bride ad from Arizona. To her surprise, Nancy finds herself in an even worse predicament when another horrible surprise awaits her upon her arrival. Will she be lucky enough to escape from her grim future? #ad 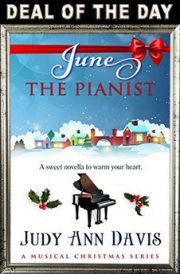 When concert pianist June Westberry inherits her late grandfather’s music shop, she returns to her small hometown in New York to renovate and manage it. But she never expects to clash with the town’s ornery old music teacher, Nettie Jones who demands she find a lost, fifty-year-old holiday musical score.

Single parent and contractor, Leo Ciaffonni, enjoys restoring old buildings, and the A# Music Shop with its pretty new owner is no exception. When he’s injured, June finds herself caring for Leo and helping his little daughter bake cookies for her class. As the holidays close in and the shop’s renovations continue, the problems June tries hard to solve only seem to become more chaotic… Check out Judy Ann Davis’s A Musical Christmas series! #ad 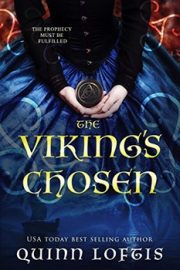 His orders are clear: launch a raid against England and bring home the spoils of war. But the prophecy is also clear: General Torben will take a foreign bride–one who is a seer and healer just like his mother.

The eldest princess of England is said to be just that…a beautiful, charming, and headstrong woman. But he’s a Viking army general and she’s an English princess–and one who is already promised to the king of Tara. #ad 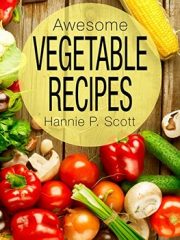 Before long you’ll have everyone asking for more. With a nice variety of delicious and healthy vegetable recipes, you can please everyone! #ad 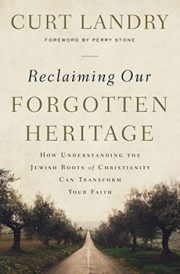 The key to a life of power and purpose is understanding who you are. In this revelatory new book, Curt Landry helps Christians discover their roots in Judaism, empowering them to walk in the revelation of who they really are and who they are born to be.

Reclaiming Our Forgotten Heritage reveals the mysteries of the church, letting Christians grasp the power that comes from connecting with their identity. #ad 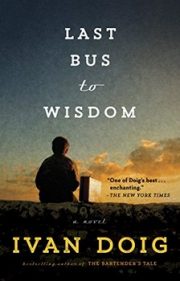 Donal Cameron is being raised by his grandmother, the cook at the legendary Double W ranch in Ivan Doig’s beloved Two Medicine Country of the Montana Rockies, a landscape that gives full rein to an eleven-year-old’s imagination.

But when Gram has to have surgery for “female trouble” in the summer of 1951, all she can think to do is to ship Donal off to her sister in faraway Manitowoc, Wisconsin. There Donal is in for a rude surprise: Aunt Kate–bossy, opinionated, argumentative, and tyrannical–is nothing like her sister… #ad 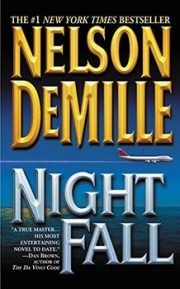 On a Long Island beach at dusk, Bob Mitchell and JanetWhitney conduct their illicit love affair in front of a video camera, set to record each steamy moment. Suddenly a terrible explosion lights up the sky. Grabbing the camera, the couple flees as approaching police cars speed toward the scene. Five years later, the crash of Flight 800 has been attributed to a mechanical mal-function.

But for John Corey and Kate Mayfield, both members of the Elite Anti-terrorist Task Force, the case is not closed. Suspecting a cover-up at the highest levels and disobeying orders, they set out to find the one piece of evidence that will prove the truth… #ad 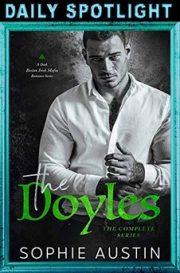 Get lost in the world of the Doyles. Dangerous men with big hearts who will do anything for their family and for the women they love.

The Doyles Complete Series includes over 400,000 words and 7 books following the Doyle brothers as they confront the fast-changing world of Boston’s mafia, meet the women that steal their hearts, and forge the next generation of the Doyle dynasty. CLICK above to read the full descriptions! #ad 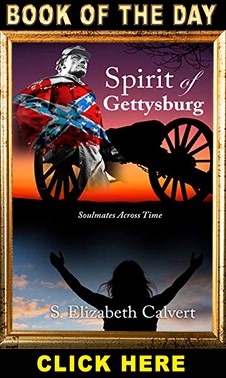 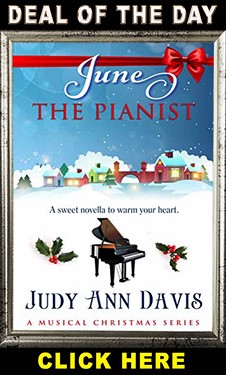 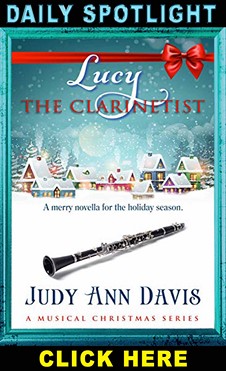