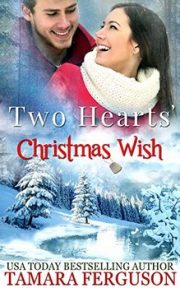 Seventeen-year-old Jason Matthews made a wish when he’d shared a kiss with Katherine Conlin under the mistletoe at Dragonfly Pointe fourteen years ago. Now an Air Force Captain and wounded warrior, he awakens in the hospital in Germany where his dreams have been invaded by the girl from his past.

Once he returns home to the states, he finds out approaching Kat might be a little more difficult than he’d thought since she’s been in a long term relationship for nearly two years. But another year later when Jason discovers she’s on her way to the Dragonfly Pointe Inn for the Christmas holidays without her boyfriend, he seizes the opportunity to become reacquainted… Check out Tamara Ferguson’s Two Hearts Wounded Warrior Romance series! #ad 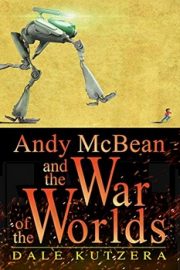 Andy McBean and the War of the Worlds
by Dale Kutzera
FREEBIE
Children’s Fiction
Rating: 4.4

What could be worse than middle school? Home work, band class, bullies, a new kid who may be a new friend…Andy McBean is struggling to survive it all in the soggy hills of the Pacific Northwest. Even worse, he spent much of the past year in the hospital battling leukemia.

Then one night a meteor storm devastates the county, cutting off power and phones. One giant rock crashes into Andy’s neighborhood, skids up the street, and stops right on Andy’s front lawn… #ad 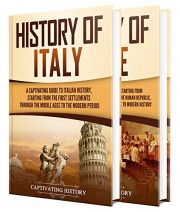 If you want to discover the captivating history of Italy and Rome, then keep reading… Two captivating manuscripts in one book:

History of Italy: A Captivating Guide to Italian History, Starting from the First Settlements through the Middle Ages to the Modern Period

History of Rome: A Captivating Guide to Roman History, Starting from the Legend of Romulus and Remus through the Roman Republic, Byzantium, Medieval Period, and Renaissance to Modern History #ad 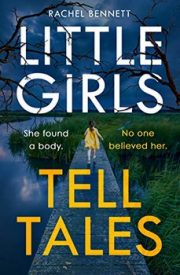 2004: Rosalie is walking through the wild wetland behind her mother’s home on the isolated Isle of Man when she stumbles across a body. Having strayed from the path and lost her brother, Dallin, it’s hours before she’s discovered, shaken and exhausted. With a reputation for telling stories, not many believe the little girl’s tale of the body in the marsh.

2019: Dallin, estranged from his family, returns unannounced with a woman named Cora by his side. Cora’s sister went missing fifteen years ago and she believes Rosalie was the one who found her. As dangerous secrets are unearthed, Cora and Rosalie start asking questions about a girl who some would rather keep buried… #ad 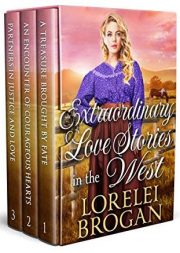 Three of my best-selling Western romance stories! Stories full of powerful emotions, trust and betrayal, intrigue, family values and romance that will captivate you!

A Treasure Brought by Fate: Lyla has built a stable future for herself away from the rest of her family but after the tragic loss of her sister in a horrible accident, her life will change forever. She has no other choice but to travel west to find her nephew, the only survivor. Afraid to be confronted with the dark secret she keeps, she hesitates to get close to anyone but quickly finds herself moved by James, the local sheriff who saved the boy and is now taking care of him… Also includes: An Encounter of Courageous Hearts and Partners in Justice and Love. CLICK above to read more… #ad 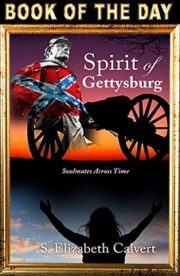 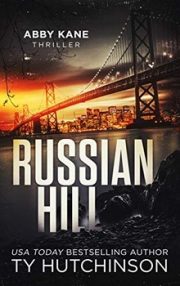 Meet Abby Kane. She spent her early career putting sickos, psychopaths, and ruthless killers behind bars. After her husband’s mysterious death, Abby moved her family to San Francisco, hoping for a fresh start and healing. What she got instead was a job with the FBI and a directive to solve their most bizarre cases.

In Russian Hill, a string of murders has SFPD stumped. With no witnesses or suspects, they reach out to the FBI. Agent Abby Kane believes a dead hiker found ten miles north of the city is the key to solving those crimes… #ad 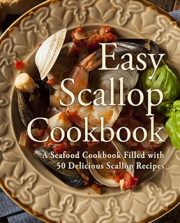 Come take a journey with us into the delights of easy cooking. The point of this cookbook and all our cookbooks is to exemplify the effortless nature of cooking simply.

In this book we focus on cooking with Scallops. The Easy Scallop Cookbook is a complete set of simple but very unique Scallop recipes. You will find that even though the recipes are simple, the tastes are quite amazing. So will you join us in an adventure of simple cooking? #ad 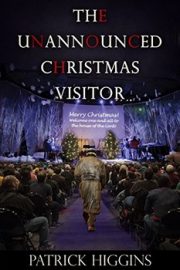 Don’t wait until Christmas to receive the enormous blessing this book offers to all who read it! This story will warm your heart like never before – GUARANTEED!

What if angels really did come from the most unlikely of places? That’s exactly what happens in this heartwarming story, set in a homeless community in Anywhere USA. Sent to Planet Earth by his Maker, disguised as a homeless person, Enoch was on a mission: to rescue a man whose life was slowly but steadily spiraling out of control. #ad 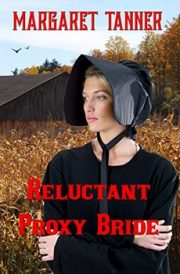 To supplement her low wages, widowed and pregnant Ruth McNulty, becomes a proxy bride. She agrees to have nothing to do with the man she has married. Damaged by war, Tyler Dean only wants to be left alone. To save his ranch he marries a woman by proxy, never wanting, or expecting to see her.

When someone plots to steal her unborn baby, Ruth must flee. With no one to trust and nowhere to hide, she throws herself on the mercy of her reclusive, mysterious husband. Will he help in her hour of need? Or will he send her away? #ad 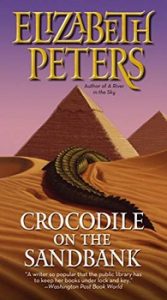 Amelia Peabody, that indomitable product of the Victorian age, embarks on her debut Egyptian adventure armed with unshakable self-confidence, a journal to record her thoughts, and, of course, a sturdy umbrella. On her way to Cairo, Amelia rescues young Evelyn Barton-Forbes, who has been abandoned by her scoundrel lover.

Together the two women sail up the Nile to an archeological site run by the Emerson brothers-the irascible but dashing Radcliffe and the amiable Walter. Soon their little party is increased by one-one mummy that is, and a singularly lively example of the species. #ad 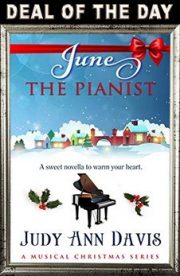 A sweet Christmas novella to warm your heart! When concert pianist June Westberry inherits her late grandfather’s music shop, she returns to her small hometown in New York to renovate and manage it. But she never expects to clash with the town’s ornery old music teacher, Nettie Jones who demands she find a lost, fifty-year-old holiday musical score.

Single parent and contractor, Leo Ciaffonni, enjoys restoring old buildings, and the A# Music Shop with its pretty new owner is no exception. When he’s injured, June finds herself caring for Leo and helping his little daughter bake cookies for her class… Check out Judy Ann Davis’s A Musical Christmas series! #ad 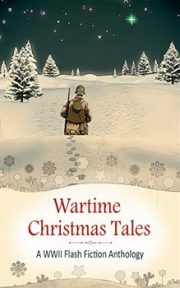 Fourteen wartime Christmas tales for you to enjoy this holiday season. This collection of short stories is our gift to bring you something positive and joyful with which to end the year.

Soldiers stumbling upon mercy and miracles; children sharing gifts of friendship and love; romance finding its way into lonely, war-weary hearts; resistance fighters, spies, families on the home front–all bringing their own rays of hope in the darkest of time. #ad 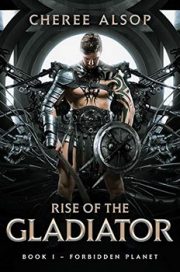 When Captain Nova Ardis acquires the services of a dangerous, tattooed gladiator, she knows she’s taking a risk–but she would do anything for family.

Kove has survived most of his life in the gladiator arena and now, on the eve of winning his freedom, he is sold once again. At least being the captain’s bodyguard shouldn’t be too hard compared to the bloody life he’s lived. #ad 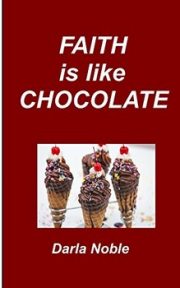 What do chocolate, pizza, the hungry caterpillar, school supplies, and big rocks (among other things) have in common? They remind us that a relationship with Jesus is something personal–not something we do because our parents or the Sunday school teacher tell us it’s the right thing to do. Each brief devotion in this book for children, teens, and families, will make you smile, make you think, and make you want to get to know Jesus better.

“I’ve had a passion for writing since I met up-and-coming author, Judy Blume, when I was in the sixth grade. Over the years my life has given me more ammunition for storytelling than you can imagine. But I’m not the kind of writer who just tells a story. I want people to learn something from it. Even if the take-away is how not to change the water in the fish bowl, why it’s not child abuse to make your kids pick up walnuts, or something much deeper–like what it means to live without an older brother who died in the service of our country, or why a relationship with God should be your number-one priority, I want my stories…my words to encourage, inform, and inspire.” -Darla Noble #ad 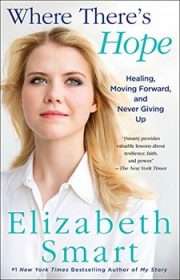 Elizabeth Smart follows up her #1 New York Times bestseller (October 2013), My Story–about being held in captivity as a teenager, and how she managed to survive–with a powerful and inspiring book about what it takes to overcome trauma, find the strength to move on, and reclaim one’s life.

“I was not willing to accept that my fate was to live unhappily ever after. Everything–my family, my home, my chance to go to school–had been given back to me, and I didn’t want to miss a second chance of living my own life.” -Elizabeth Smart #ad 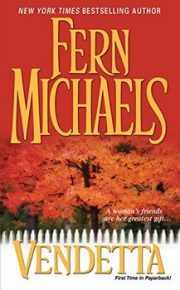 Seven women glam up to take their enemies down–from the New York Times bestselling author whose “writing is as intriguing and fast paced as ever” (Booklist).

Once upon a time there were seven very different women who had been broken but not beaten by life. In those tough days of healing, they became the Sisterhood, a group of devoted friends who vowed to change their lives, empower themselves, and be there for each other, no matter what. Now, they’re ready to answer the call for the woman who started it all, Myra Rutledge… #ad 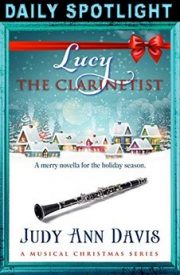 Lucy Ciaffonni wants nothing more than to start her own public relations firm, but she’s stuck at the local bank performing dreary communications and advertising duties. When her best friend and computer guru, Andre Almanza, buys an area farm to create a barn theater, Lucy is pulled into the mystery of discovering where a rare, German, H.F. Kayser clarinet was hidden on the property during Prohibition.

Andre Almanza has always adored Lucy from afar. He hopes she’ll take the position of barn theater manager. When she agrees to help him renovate the barn and update and furnish his huge Victorian house, he is delighted–that is, until the entire town becomes involved in locating the missing antique instrument. To complicate matters, there are ruthless people who want to recover the expensive clarinet and cash in on its legend and value… Check out Judy Ann Davis’s A Musical Christmas series! #ad 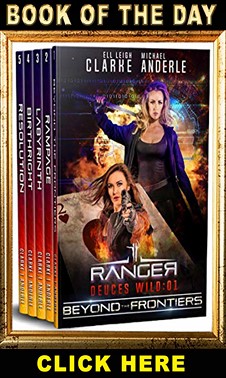 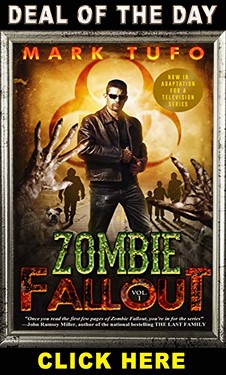 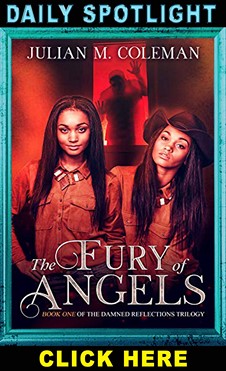