Escape to the beach this summer, even if you live in a landlocked region! The golden sand of Getaway Bay is calling you with three complete romances, each set on the unique, breathtaking, and relaxing beach!

You’ll get three full-length, heartwarming and sweet romances in this boxed set. We’ve got billionaires, helicopter pilots, storms, rundown houses, and new high-rise hotels to create drama on the island. Each book starts a complete series set on Getaway Bay, and they all intersect one another! #ad

Over a hundred years ago the Eidolon virus ravaged the globe causing not only the dead to rise again, but also caused human males to vastly outnumber females. To revive the population, the law now requires women to marry more than one husband in order to ensure humanity’s survival.

One Word at a Time: How to Write a Fiction Book for Beginners
by Lauren Bingham
BARGAIN
Non-Fiction/Writing
Rating: 5.0

Who doesn’t love a good story? It has been said that within each of us are endless tales to tell, and many of us are eager to let those stories out into the world. Whether the pen touches the paper or the fingers press the computer keys, there’s something vividly romantic about the act of writing stories.

But how, exactly, does one start a fiction piece? Do you just sit there and type while the muses whisper sweet nothings in your ear? Author Lauren Bingham is here to provide tips on how to write fiction for folks who are timid, terrified, or somewhere in between. Check out Lauren Bingham’s How to write Series! #ad

But this isn’t a different world and these women are not their mothers. Rose dreams of a life filled with more than family and duty to her husband – a life of purpose – and Evie dreams of a life far away from her rarefied existence. #ad

Aurora Teagarden is happily preparing for her wedding to dashing business executive Martin Bartell. As a wedding gift, Martin buys her the house of her dreams: the “Julius house,” infamously named after the family who vanished from the house without a trace six years ago. As Roe sets about renovating and decorating her new home, she’s never felt happier.

Then Martin suddenly rents the small apartment on their new property to an old army buddy and his wife, who seem to be more bodyguard than tenant, and Roe is sure her husband-to-be is keeping secrets. To take her mind off her suspicions, she opens her own unofficial investigation into the Julius family cold case… #ad

When there are several paths before you, which one will you choose? Princess Renn, the youngest of six and fourth in line for the throne, is a lost young woman searching for direction. Palace Guard Getha is on the road to joining the most elite fighting force in the country, but she must battle for every step. Lady Helenia was forced to leave her homeland in disgrace, so she travels through the shadows in the hopes of emerging back into the light.

For four hundred years, the Fallen of Ombratos have lived in safety, secure behind the wall they call the Gift. However, there are few things in the world more fragile than peace. A single bloody event will shake a nation to its core and set these women on the paths leading to their destinies. #ad

A website inviting players to come up with the perfect crime is the façade for billionaire Lawrence Hackett’s real-life game of Mastermind: an invitation-only competition for a select few to see who can perform the perfect heist, and win an enormous bounty.

Special Agent Mitchell Parker and his team learn the magnitude of the international crime ring and launch an investigation. Washington, London, Paris… the clock is ticking. Can they figure out the game before it is too late? #ad

My Dad’s Daughter is an emotional journey of a daughter with her father, which, for her, ended at the hospital door.

Divya’s father succumbed to COVID in May 2021, and that marked the most catastrophic experience for her as she helplessly witnessed her father going through an unimaginable ordeal and passing away without his family around him. Unable to handle the sudden demise of her dad in the most unprecedented circumstances witnessed by this generation, Divya struggled to find any closures… #ad

The Past Is Red
by Catherynne M. Valente
BARGAIN
Science Fiction
Rating: 4.6

The future is blue. Endless blue…except for a few small places that float across the hot, drowned world left behind by long-gone fossil fuel-guzzlers. One of those patches is a magical place called Garbagetown.

My best friend hates me because of what I did. And for good reason… I slept with her father. The same man who employed me. Oh boy, what have I done?

Brandon owns the gaming company that I was so interested in working for. My best friend, Hayley, was about to be an intern. That’s what got me through the door. And now… I regret taking the job. I regret the way I responded when Brandon touched me for the first time. I hate that I agreed to keep it a secret. Even from Hayley… especially from her. But I clearly couldn’t help myself. And now I’m standing at the crossroads. I could either lose my sanity and be with Brandon… Or lose my heart and leave town. Check out Kelly Myers’s Daddy Knows Best Series! #ad

A Confederate officer returned to his home and ranch in Texas. He discovered his whole world was in ruin. His ranch was falling down and his young bride had become a whore. Everyone he knew has been damaged by the war and he has scars from the conflict himself. He must find a way to survive – and if he can, help those around him who have been forever altered. Is that possible? #ad

Saying “I do” has never been this much fun in this charming new romance from New York Times bestselling author Ginny Baird.

Hope Webb can’t believe her twin sister, Jackie, is begging her to swap places and play fiancée at Jackie’s pre-wedding festivities. Sure, it’s only a business-deal sort of marriage, but Hope is a carb-loving teacher who enjoys curling up with a good book. Jackie is a workaholic whose idea of a good time is a brisk five-mile run at the crack of dawn. The two sisters couldn’t be more opposite. Now Hope is stuck in the middle of a warm, tight-knit family she can’t help but adore and a groom who turns out to be entirely wonderful…for her. Check out Ginny Baird’s Blue Hill Brides Series! #ad

Anne Elliot is a perfect catch. Born to a landed family, she’s observant and intelligent. When Anne came of age, she accepted a proposal from the ambitious officer Frederick Wentworth.

Unfortunately, Wentworth’s modest means made him a poor choice for the Elliot family, and Anne was persuaded to call off the engagement. One refused marriage and nearly a decade later, Anne has not forgotten about Wentworth. Little does she know that her fortune is about to change. #ad

Are you looking for a kid’s or children’s book that is highly entertaining, great for early readers, and is jam-packed with bedtime stories, jokes, games, and more? This children’s storybook has it all!

Eugene is a very lucky lizard. Everything always goes his way. Do you want to know his secret? This is an excellent read for beginning and early readers. Each story is easy to read and exciting with cute and bright illustrations for younger readers. #ad

The Screwtape Letters by C.S. Lewis is a classic masterpiece of religious satire that entertains readers with its sly and ironic portrayal of human life and foibles from the vantage point of Screwtape, a highly placed assistant to “Our Father Below.”

At once wildly comic, deadly serious, and strikingly original, C.S. Lewis’s The Screwtape Letters is the most engaging account of temptation–and triumph over it–ever written. #ad

TAMING NATASHA – Composer Spencer Kimball and his young daughter are new to town. It’s a small community, and in such close quarters beauty is hard to miss–and when he sets eyes on Natasha Stanislaski, he’s thunderstruck by the intensity of his attraction…

LURING A LADY – Nothing in Sydney Hayward’s background of wealth and privilege had prepared her to take the helm of her grandfather’s business. Her new responsibilities leave no time for complications. Sydney has learned the hard way that she could never trust anyone, but her tenant Mikhail Stanislaski is hard to resist… #ad

Not My Mother
by Miranda Smith
BARGAIN
Psychological Thriller
Rating: 4.3

I’d heard of the Baby Caroline case, of course. When a baby is snatched from her mother’s arms, the whole country knows about it. I knew about the parents left lying by the swimming pool, the open window in the nursery. But I never dreamed it had anything to do with me.

Today, my beautiful daughter turned one. We were unwrapping gifts and blowing out candles when the knock came at the door, and they took my mother away. The police say she’s not really my mother. That she stole me, thirty years ago. When I visit her, desperate for answers, she looks me in the eye, and says nothing. I can barely breathe. Is my whole life a lie? #ad

After a difficult year, Sarah Randolph is living a solitary life. But after meeting a handsome stranger, she’s hopeful her luck is about to change. When their first date turns dangerous though, she’ll discover that she’s the one about to change…in more ways than she can imagine.

After that frightening encounter, John Ramsey will be forced to remove Sarah from her quiet existence. He’ll risk everything, including himself and the lives of the group he’s assembled, to keep her alive and prevent an unexpected rival from using her for his own cruel desires… Check out J. T. Bishop’s Red-Line Series! #ad 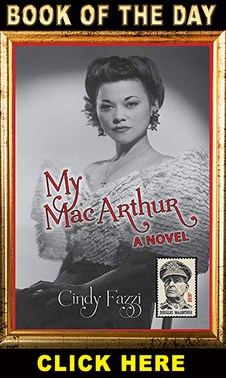 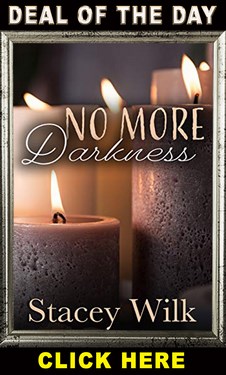 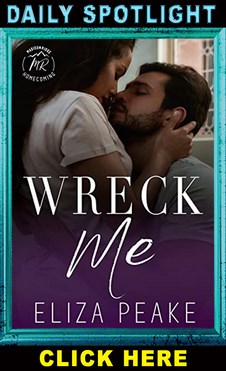