Hayley Elliott’s sister has found a cure for Alzheimer’s and their mom is living proof that the supplement works. To keep everyone safe, Hayley has to return to Montana. But she can only do that with help from Tank–a man who’s living with a secret more heartbreaking than her own.

Tank has spent his life protecting people. He works for one of the most successful security companies in the world, makes more money than most people see in a lifetime, and has a past no one can ever know about. With more at stake than their own lives, Tank and Hayley have to decide what is more important–protecting the past or risking everything for love. Check out Leeanna Morgan’s The Protectors Series! #ad

Drast and Tyran might be considered a bit black-hearted, or even immoral. Drast is cunning but reckless, hunting for admiration. Tyran is calculating but tactless, searching for affection. When the two brothers set aside their ambitions to fulfill their father’s desire for immortality, they readily discover many opportunities for redemption.

Now, while wielding a powerful magic that drains their life, Drast and Tyran will embark on a maddening quest, facing skin-switchers, dragons, and the God of the Dead. #ad

Protect yourself, your children, your pets, and your home from bugs – without using harsh or toxic chemicals! Herbalist Stephanie Tourles offers 75 simple recipes for safe, effective bug repellents you can make at home from all-natural ingredients.

A detailed ingredient dictionary explains the properties of all the herbs, essential oils, and other key ingredients. #ad

Tiny Haines, Alaska, is ninety miles north of Juneau, accessible mainly by water or air–and only when the weather is good. There’s no traffic light and no mail delivery; people can vanish without a trace and funerals are a community affair. Heather Lende posts both the obituaries and the social column for her local newspaper. If anyone knows the going-on in this close-knit town–from births to weddings to funerals–she does.

The Third to Die
by Allison Brennan
BARGAIN
Mystery/Thriller
Rating: 4.6

Detective Kara Quinn is on an early morning jog in Liberty Lake when she discovers the body of a young nurse. The manner of death reveals a highly controlled rage.

Word quickly reaches FBI special agent Matt Costa that this murder fits the profile of the elusive Triple Killer, who compulsively strikes every three years, targeting three victims, each three days apart. This time they have a chance to stop him. But only if they can decipher the meaning of his pattern to figure out who he is and where he is hiding before he strikes again… #ad

Henry Fairfield makes me want to break all the rules. First, I slept with him. Then I fell in love with him. And now… I’m in trouble.

He’s older than me, oh-so-wrong and completely forbidden. And he’s my boss, which means that I could lose my job. Along with my sanity if he breaks my heart. But the one thing he wouldn’t do is let me get into trouble. My toxic ex will stop at nothing until he destroys me. Unless… Someone stopped him. And I have a feeling that Henry will fight for my safety. But will he also fight for my heart? Check out Sofia T Summers’s Forbidden Temptations Series! #ad

Connie Petretta wonders if it’s time for a change. After eleven years at a Boston nonprofit, the dedicated humanitarian worker struggles to find her way as she deals with the bequest of her beloved aunt’s Florida beachside condo. But selling it goes sideways when somebody plummets from an adjacent balcony seven stories to his death.

Sleuthing on the side to absolve her friend next door of the crime, Connie finds herself enchanted by the charming gulf-front town. But with the accused’s baffling behavior throwing a wrench into the investigation, the only legacy she might be leaving in the seaside resort is an innocent woman’s conviction for Murder One… Check out Angela K. Ryan’s Sapphire Beach Cozy Mystery Series! #ad

Gloria Fielder is trying her best to live with sincere faith, but regret for a past decision makes it difficult to live with herself. Justin Case knows first-hand the consequences of bad choices, but he doesn’t believe in burying past mistakes. He openly shares his testimony with the purpose of showing there is hope and freedom for those who come to Christ.

Justin is the new worship leader for the church service Gloria attends, and he also leads a new Bible study she knows will help her. To complicate matters, once Justin becomes aware of Gloria’s struggle, he seems intent on drawing her out of her self-imposed shell of guilt and regret. If she trusts him with her secret and her heart, will their friendship evolve into something more, or will it simply be her undoing? Check out Penelope Powell’s Glen Oak Series! #ad

A renowned scientist was orphaned at age eight and has grown to adulthood with no knowledge of his own ancestry. When he is awakened by an unusual visitor with an extremely urgent message it leads to events that topple everything he has believed about reality.

While still coming to terms with the unbelievable truth about his ancestry, he must defend the ancient Niergel (Near–ġ-el – Mysterious Secret) against brutal enemies. He is soon fighting a dangerous underworld Crime Syndicate and a powerful evil faction from his family’s past, along with a horde of disembodied offspring of fallen angels, known as the Eljo, who threaten the entire world. He finds himself on a fantastic journey, facing dangerous perils and shocking supernatural threats. #ad

Having grown up in an orphanage, Christine Blue longed for a family ever since she can remember. She is thus pleasantly surprised to receive a letter claiming she is the niece of Monty Rutherford in California. However, her arrival there coincides with the wake of her uncle, as well as an unexpected surprise; Christine is the heiress of his massive vineyard.

This is much to the dismay of its current manager, a distant yet charming man that will make her heart skip a beat. We rarely get what we want in life, but fate has a way of giving us what we need… #ad

He Shall Thunder in the Sky
by Elizabeth Peters
BARGAIN
Action & Adventure
Rating: 4.7

One of the most beloved characters in mystery/suspense fiction, archeologist and Egyptologist Amelia Peabody bravely faces gravest peril in Cairo on the eve of World War One in New York Times bestselling Grandmaster Elizabeth Peters’s magnificent Egyptian adventure, He Shall Thunder in the Sky.

The San Francisco Examiner calls these heart-racing exploits of Amelia and her courageous family, the Emersons, “pure delight.” But perhaps the New York Times Book Review states it best: “Between Amelia Peabody and Indiana Jones, it’s Amelia–in wit and daring–by a landslide.” #ad

Brianna Heart has a six-year old daughter and a twelve-year plan to keep her life as simple as possible until Layla turns eighteen. That means swearing off relationships and the drama that goes along with them, working two jobs, and being the best damn mother she can be.

The last thing Capital Series Grand Prix racer Hugh Braden wants after dating media-hungry leggy models and money-hungry fan girls is a blind date. But how could he turn down a favor to one of his best friends? Hugh expected the date to go poorly, but he didn’t expect to be intensely attracted to the beautiful brown-eyed bartender who completely blows him off–and steals his every thought thereafter… Check out Melissa Foster’s Love in Bloom: The Bradens Series! #ad

Jake Barnes is a man whose war wound has made him unable to have sex–and the promiscuous divorcée Lady Brett Ashley. Jake is an expatriate American journalist living in Paris, while Brett is a twice-divorced Englishwoman with bobbed hair and numerous love affairs, and embodies the new sexual freedom of the 1920s.

The novel is a roman à clef: the characters are based on real people in Hemingway’s circle, and the action is based on real events, particularly Hemingway’s life in Paris in the 1920s and a trip to Spain in 1925 for the Pamplona festival and fishing in the Pyrenees. #ad

This ethnography explores contemporary narratives of “Han-ness,” revealing the nuances of what Han identity means today in relation to that of the fifty-five officially recognized minority ethnic groups in China, as well as in relation to home place identities and the country’s national identity.

Based on research she conducted among native and migrant Han in Shanghai and Beijing, Aqsu (in Xinjiang), and the Sichuan-Yunnan border area, Agnieszka Joniak-Luthi uncovers and discusses these identity topographies… #ad

14-year-old Enola Holmes wakes on her birthday to discover that her mother has disappeared from the family’s country manor, leaving only a collection of flowers and a coded message book.

With Sherlock and Mycroft determined to ship her off to a boarding school, Enola escapes, displaying a cleverness that even impresses the elder Holmes. But nothing prepares her for what lies ahead… #ad

There have always been idiots who want to change history. But now temporal tourism is on the rise. Highly illegal, highly risky – and highly lucrative. The Time Police despatch their toughest undercover agents to take out the perpetrators. Then the unthinkable happens. Replacements are needed fast and who better than three young officers who barely look the part?

Step forward Team Weird – Luke, Jane and Matthew. They might still be in training. Their methods might be unorthodox. But, as the Time Police face their greatest ever threat, Team Weird might be their only shot at survival. #ad

To most people, respected clergymen like Mark Cantrell are pillars of the community, and completely beyond reproach. But their killer knows better. They are sinners of the worst kind, and they must burn on earth before they burn in hell…

Eighteen months after her husband’s unsolved murder, Cathy Cantrell has returned to her Alabama home, eager to build a new life for herself and her son. But reminders of her past, like Deputy Sheriff Jackson Perdue, are everywhere. And a spate of recent deaths–each victim burned in the same horrifying manner as her husband–leave Jack and Cathy in no doubt that a serial killer is at work… #ad

A vengeful man tells a lie, and Becky Tucker’s reputation is ruined.

Shunned by the townsfolk, she leads a life of drudgery on Wes Castair’s ranch. When she and her stepsister, Lucinda, are kidnapped and held for ransom, Wes is only prepared to pay for his daughter’s release. While Lucinda is freed, Becky has to make good her own escape with the help of Sheriff Ryan Mulligan.

Ryan reluctantly suggests that they should get married, and because Becky is desperate and has no-one else to turn to, she agrees. To find happiness together Ryan and Becky will need to overcome dark secrets from the past, betrayal and treachery. #ad 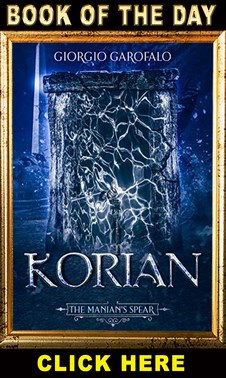 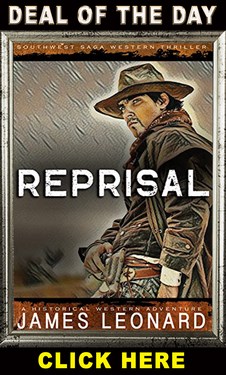 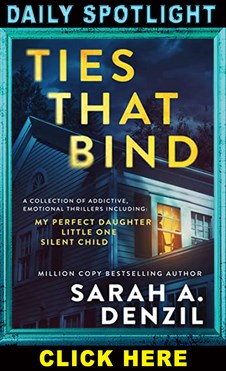