An arranged marriage isn’t the worst fate for a princess like me. Especially because I’ve been in love with my intended groom since we were children. But when my prince shows up with an American girlfriend instead of an engagement ring, all arrangements are off.

The clock is nearing midnight–I won’t turn into a pumpkin, but if I’m not wed by summer’s end, I’ll forfeit my kingdom. Just your typical royal dilemma. Out of sheer desperation, I make a deal with a devilish duke. Rafe de Silva is the prince’s rival and has a plan so ridiculous it just might work… Check out Emma St. Clair’s Sweet Royal RomCom Series! #ad

The wild animal meat market in Wuhan just started its 3rd pandemic, except this virus fries neurons, turning people into mindless brain suckers. This starts the bloodiest conflict in human history, led by what social media calls the Zombie Queen.

“An impressive feat of journalism, monumental in scope and urgent in its implications.” -Jennifer Latson, The Boston Globe

In this extraordinary work, Beth Macy takes us into the epicenter of a national drama that has unfolded over two decades. From the labs and marketing departments of big pharma to local doctor’s offices; wealthy suburbs to distressed small communities in Central Appalachia; from distant cities to once-idyllic farm towns; the spread of opioid addiction follows a tortuous trajectory that illustrates how this crisis has persisted for so long and become so firmly entrenched. #ad

When Toots Loudenberry relocated to Los Angeles from South Carolina to be near her daughter, Abby, she expected to bump into the occasional celebrity. She just never expected them to be dead.

Meanwhile, Toots and her friends Sophie and Mavis are concerned that the prestigious Dr. Sameer’s budding romance with fellow Godmother Ida may have something to do with his ailing bank balance. And Abby’s attempted makeover of the celebrity magazine The Informer into the most talked-about tabloid in town could end more than just her career… #ad

Five heartwarming small-town romances to make your Christmas shine with hope and joy! Love blossoms between unlikely couples in this heartfelt collection of holiday romances. Stories with real emotion, faith, humor, and a dash of danger!

Paige and her adventurous Aunt Glo inherit a country inn from eccentric GeeGee. They pack up and hit the road, arriving at the charming place they both loved since childhood. Finally! They can get into the secret room in the basement that GeeGee kept locked! They discover it’s a wonderful library filled to the brim with mystery books. But more than the room was a secret – it’s a magical place that houses enchanted books.

Paige and Glo find themselves smack-dab in the middle of a murder mystery, along with a motley group of book club friends. The club will need to work together to solve the case in order to get out of the book and back to their home. Check out Elizabeth Pantley’s Magical Mystery Book Club Series! #ad

Why would Woody Cole, a peaceful, caring man, shoot a US Senator in cold blood on live television? That’s the mystery facing attorney Jack Patterson as he returns to Little Rock, Arkansas, a town he swore he would never step foot in again.

Jack is supported by a motley but able crew; loyal assistant Maggie, college-aged daughter Beth, feisty lawyer Micki, and his bodyguard Clovis. Together, Jack and his rag-tag team are in a race against time to discover Woody’s hidden motive… #ad

The Currency of Empire
by Jonathan Barth
FREEBIE
History
Rating: 4.7

In The Currency of Empire, Jonathan Barth explores the intersection of money and power in the early years of North American history, and he shows how the control of money informed English imperial action overseas.

The export-oriented mercantile economy promoted by the English Crown, Barth argues, directed the plan for colonization, the regulation of colonial commerce, and the politics of empire. The imperial project required an orderly flow of gold and silver, and thus England’s colonial regime required stringent monetary regulation… #ad

Roxie must leave her terrible life at the orphanage and find a job. Her only opportunity is to become a governess of two children on an isolated ranch in Montana. The last thing she was expecting this Christmas was to find her heart beating faster for the father of these children, her handsome boss. Will the season of wonders bless her with what she deeply seeks; love and a true family?

After his wife leaves them, Nicholas does anything to take care of his boys, but it is an overwhelming task. So, when he asks for help through a governess ad, he never expects her to be that young and beautiful… #ad

Guile is the Prism. He is high priest and emperor, a man whose power, wit, and charm are all that preserves a tenuous peace. Yet Prisms never last, and Guile knows exactly how long he has left to live.

When Guile discovers he has a son, born in a far kingdom after the war that put him in power, he must decide how much he’s willing to pay to protect a secret that could tear his world apart. #ad

6 of My best-selling Western romance stories! Stories full of powerful emotions, trust and betrayal, intrigue, family values and romance that will captivate you!

This collection includes: True Love’s Ransom, When Loving Eyes Meet, Untangling the Knot of Love, A Bride’s Troubling Dilemma, A Lesson in Trust and Hope, To Heal a Rancher’s Broken Heart

If you love clean Western romances that feature strong women of the era and determined, yet charming, male protagonists, then you are going to love this collection! Grab your own copy to unravel the adventure now! #ad

The year is 1865, the last few weeks of the American Civil War. A Confederate troop steal a consignment of Union gold and attempt to take it across the border to Mexico. They are stopped by the Apache and most of the people, including civilians, from a wagon train are butchered. White captives are taken and the Confederate captain is blindfolded and taken to Moon Water, along with the stolen gold. Somehow the captain escapes; the white captives are not so lucky.

Now in 1866, the American government want their gold back and Conrad Abernathy wants to rescue his daughter and her two children from the legendary Moon Water. Conrad finances a quest to Moon Water and convinces Ethan Garrett to lead them there. Ethan is not interested in the gold. He has another reason to return to Moon Water. #ad

The Scarlet Letter: A Romance is a work of historical fiction by American author Nathaniel Hawthorne, published in 1850.

Set in the Puritan Massachusetts Bay Colony during the years 1642 to 1649, the novel tells the story of Hester Prynne, who conceives a daughter with a man to whom she is not married and then struggles to create a new life of repentance and dignity. Containing a number of religious and historic allusions, the book explores themes of legalism, sin, and guilt. #ad

So you want to write a story? Then you’ve come to the right place.

Your Write Spark covers all the fundamentals a writer needs to consider as they ignite their story idea into a draft that leaves them excited and hopeful and eager to learn more. Set your story in motion while you learn the basics of story structure, character development, point of view, and other major storytelling elements. #ad

Prince Liam. Prince Frederic. Prince Duncan. Prince Gustav. You’ve never heard of them, have you? These are the princes who saved Sleeping Beauty, Cinderella, Snow White, and Rapunzel, respectively, and yet, thanks to those lousy bards who wrote the tales, you likely know them only as Prince Charming. But all of this is about to change.

Rejected by their princesses and cast out of their castles, the princes stumble upon an evil plot that could endanger each of their kingdoms… #ad

In the United States, the Department of Defense and the NSA computer networks have been hacked. A nuclear-armed CIA drone has lost all flight control. North Korea … Iran … Russia … and soon the gates of Hell will open.

Humanity’s most terrifying nightmare has become reality. Bombs are detonated, missiles are launched, counterstrikes are ordered, and within minutes, untold thousands of megatons have left countless millions dead or dying. Devastation of biblical proportions has fallen over the land … and the USA has been hit the hardest. #ad

ALL SHE WANTS IS TO LIVE HER LIFE – Abused, Sara Sheridan finds the courage to escape her husband. She has no interest in getting mixed up with another alpha, attitude-laden male. Especially with her ex hot on her trail.

ALL HE CRAVES IS PEACE AND QUIET – Marine, Nick Kelley prefers solitude, away from the memories haunting him. So what is it about his reticent neighbor and her child that tempts him to give it up?

UNTIL LOVE GETS IN THE WAY – Nick and Sara’s growing attraction leads them down a dangerous path as her ex-husband closes in on the new life she’s made for her daughter and threatens to blow it all apart. Check out Jacquie Biggar’s Wounded Hearts Series! #ad

Kim Jackson is starting to get used to life on the run. In Durango, Colorado, she has found work as a part-time bookkeeper and as a live-in housekeeper for Lena Fallon, an ex-cop paralyzed in the line of duty. Kim’s old life as a corporate accountant–when she was framed for murder and forced to go on the run–feels far away until someone from her past spots her in the tourist town. Too soon, danger comes to her doorstep, reminding her that she can’t be safe while the man who set her up remains free… #ad 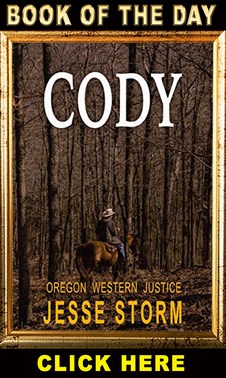 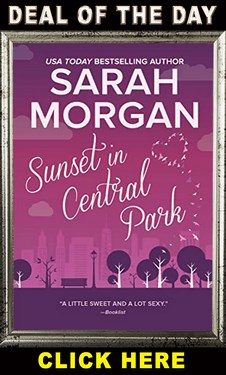 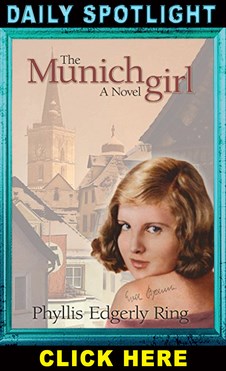