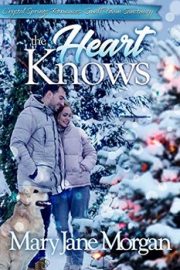 Too busy building his career to date anyone, let alone have a relationship, Mitch’s interest is peaked the minute he lays eyes on Bethany. Just his luck, she lives halfway across the country, is still healing from the death of her husband, and is starting pharmaceutical school in Portland this fall. Can Mitch help Bethany move beyond heartbreak, or will he break her heart again? #ad 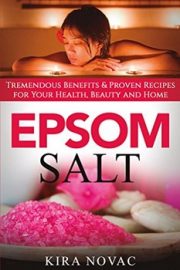 Epsom salt can be effectively used in the treatment of ailments, in natural beauty routines, around the house and even in the garden.

In this comprehensive Epsom salt guide you will discover practical tips & strategies that will help you create simple holistic solutions for your body and mind. Moreover, you will learn how you can use this multi-functional ingredient to create a beautiful garden and a healthier home! #ad 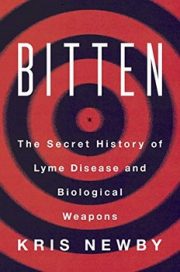 The Secret History of Lyme Disease and Biological Weapons

A riveting thriller reminiscent of The Hot Zone, this true story dives into the mystery surrounding one of the most controversial and misdiagnosed conditions of our time–Lyme disease–and of Willy Burgdorfer, the man who discovered the microbe behind it, revealing his secret role in developing bug-borne biological weapons, and raising terrifying questions about the genesis of the epidemic of tick-borne diseases affecting millions of Americans today. #ad 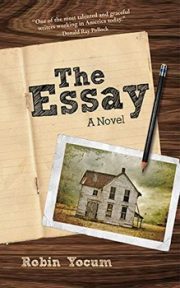 To make things worse, the name Hickam is synonymous with trouble. Jimmy Lee hails from a heathen mix of thieves, moonshiners, drunkards, and general anti-socials that for decades have clung to both the hardscrabble hills and the iron bars of every jail cell in the region. This life, Jimmy Lee believes, is his destiny… #ad 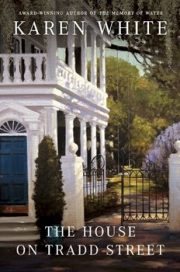 Practical Melanie Middleton hates to admit she can see ghosts. But she’s going to have to accept it. An old man she recently met has died, leaving her his historic Tradd Street home, complete with housekeeper, dog–and a family of ghosts anxious to tell her their secrets.

Enter Jack Trenholm, a gorgeous writer obsessed with unsolved mysteries. He has reason to believe that diamonds from the Confederate Treasury are hidden in the house. So he turns the charm on with Melanie, only to discover he’s the smitten one… #ad 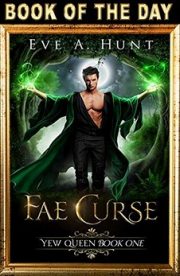 What do sexy fae lords, a vampire assassin, and a mysterious castle have in common? Yours truly. Yeah no, I did not plan this. When my bestie and I opened a fabulous bakery, I planned to live a long life shoving pumpkin muffins into my face hole and working them off during my self-defense class. But when a castle full of ridiculously gorgeous immortals showed up on the ley line running through my small town outside Nashville, my life changed. A lot. Like a lot, a lot.

Because of an ancient curse, the immortals can’t leave the castle without turning to ash. But when the most powerful fae lord uses his seductive power to lure me close, to psychically feed on my aura, he successfully steps out of the castle for the first time… #ad 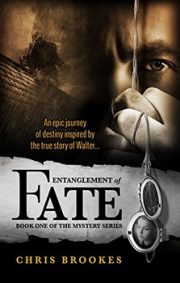 When a mute criminal known as ‘the Street Arab’ is taken into custody, police call on court missionary, Robert Elliott, to try and unravel the enigma. With the help of Mary O’ Driscoll, a sharply perceptive nurse, Elliott reveals the prisoner to be Walter Stanford, a man with a blemished past and who is about to change their lives forever.

As Elliott tries to understand the significance of a mysterious note found in a locket on the cell floor, Mary becomes haunted by a series of lucid dreams about Walter’s life and a dark harrowing crime. But why have they all been brought together? #ad 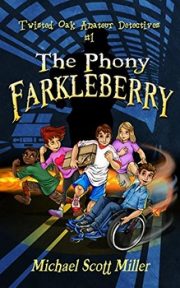 When a painting by legendary artist Thomas Farkleberry is stolen from the art gallery where Tyler’s mother works, Tyler’s mind races to the whispered conversation he overheard on the night of the big gala.

But when his mother dismisses Tyler’s suspicions, he and his friends, Melanie, Amanda, Tubby, and Dontrelle, decide to take the investigation into their own hands. Can they crack the case before their parents discover what they are up to? #ad 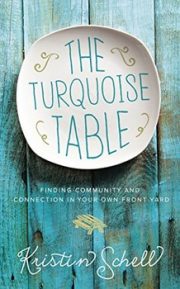 Are you consumed with a busy life but unsure how to slow down? Do you desire connection within your community and think, “Absolutely, but I don’t have time for that” or “I can’t create that”? What if there was another way through it all, a way to find those moments of peace and to create a time for honest, comfortable connection?

Desperate for a way to slow down and connect, Kristin Schell put an ordinary picnic table in her front yard, painted it turquoise, and began inviting friends and neighbors to join her. Life changed in her community and it can change in yours, too. #ad 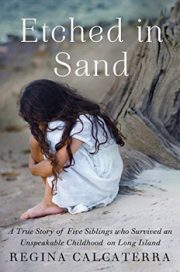 Regina Calcaterra is a successful lawyer, New York State official, and activist. Her painful early life, however, was quite different. Regina and her four siblings survived an abusive and painful childhood only to find themselves faced with the challenges of the foster-care system and intermittent homelessness in the shadows of Manhattan and the Hamptons.

A true-life rags-to-riches story, Etched in Sand chronicles Regina’s rising above her past, while fighting to keep her brother and three sisters together through it all. #ad 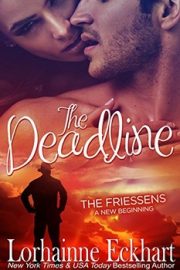 Andy Friessen has packed up everything and moved his family two states away, to Montana, to protect his wife, Laura, his newborn babies, and his stepson, Gabriel, from the threats of his mother. What Andy doesn’t know is that they’ll soon face a new threat, one he never saw coming.

Gabriel is sick, and a trip to the doctor confirms Laura and Andy’s worst nightmare: Without a lifesaving transplant, their son won’t survive. What Andy doesn’t count on, as he tracks down the young man who fathered Gabriel, as well as Laura’s estranged parents, is that a whole host of problems are about to be unleashed. #ad 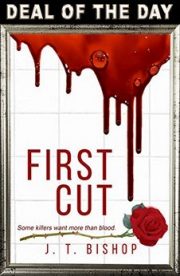 In this gripping thriller, former detective Jill Jacobs must confront the Makeup Artist, an elusive psychopath whose trail of terror left seven dead and whose obsession almost destroyed her. When the Artist strikes again in a new city, Detectives Gordon Daniels and Aaron Remalla must find the woman whose strange psychic connection to the killer is their best hope to catch him.

Desperate and afraid, Jill’s only chance to find closure is to confront the man who stalked her and his grizzly crimes. But there’s a catch. She must return to the mindset that bound her to him. The mindset the killer still seeks from her. But choosing to help Daniels and Remalla will not only risk her life but also her heart, when she falls for one of them, drawing the attention of the man she’s driven to capture… #ad 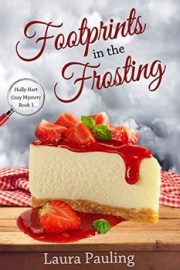 It’s the Grand Opening for Holly Hart’s new business, Just Cheesecake. When footprints in the frosting lead to a body facedown in one of her cheesecakes, Holly becomes a prime suspect.

With her opening day delayed, Holly deals with a nosy no-good reporter and the local cop, the handsome Officer Trinket, as she puts her sleuthing skills to the test to save her business and her name. With the help of her dog, Muffins, she needs to find the real murderer, before the killer looks to frost someone else. #ad

In the first book to explore the trial in a larger context, WBUR investigative reporter David Boeri weaves his daily trial dispatches into the complete backstory of Bulger’s ruthless ascent to power, the men and the agency who made that possible, and the families of victims who were victimized again and again by the government’s protection of the killer.

Boeri’s storytelling is informed by 26 years of national award-winning reporting on the Bulger case. He aggressively dug into FBI corruption and tracked the Bureau’s delayed, often inept search for the 16-year fugitive. #ad 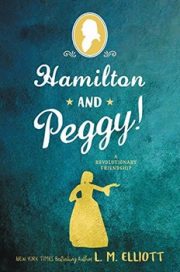 Peggy Schuyler has always felt like she’s existed in the shadows of her beloved sisters: the fiery, intelligent Angelica and beautiful, sweet Eliza. But it’s in the throes of a chaotic war that Peggy finds herself a central figure amid Loyalists and Patriots, spies and traitors, friends and family.

When a flirtatious aide-de-camp, Alexander Hamilton, writes to Peggy asking for her help in wooing the earnest Eliza, Peggy finds herself unable to deny such an impassioned plea. A fast friendship forms between the two, but Alexander is caught in the same war as her father, and the danger to all their lives is real. #ad 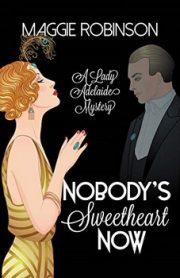 Lady Adelaide Compton has recently (and satisfactorily) interred her husband, Major Rupert Charles Cressleigh Compton, hero of the Somme, in the family vault in the village churchyard.

Rupert died by smashing his Hispano-Suiza on a Cotswold country road while carrying a French mademoiselle in the passenger seat. With the house now Addie’s, needed improvements in hand, and a weekend house party underway, how inconvenient of Rupert to turn up! Not in the flesh, but in–actually, as a–spirit… #ad 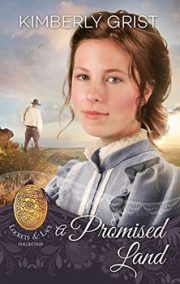 Twenty-year-old Meriwether Walker enjoys the challenge of teaching her varied group of students in the one-room schoolhouse. What she doesn’t like is the nomadic lifestyle that comes with it as she rotates boarding with families in the community on a month to month basis.

Meriwether longs for a home of her own, but since single female teachers have to follow so many rules, she doesn’t see any end to her plight–until the letter from the attorney handling her uncle’s estate arrives… #ad 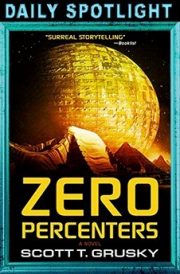 Would you sacrifice your humanity to live free from pain and suffering? Conservationist Anja Lapin always stood firm against her father’s profiteering. But in her wildest dreams, she never guessed his tech company would stumble on an algorithm enabling humans to digitize their bodies and secure artificial immortality.

Before Anja can stage a protest, terrorists take out the research team, along with her father. Billions adopt the new technology in record time, lured by an eternity free from pain and filled with pleasure–even if it means losing a few pieces of their identity… #ad