Carly Bishop doesn’t want to come home for Christmas. Hood Hamlet is filled with nothing but heartbreaking reminders of the fiancé and brother she lost six years ago. But her family needs her, so Carly must dig deep to unearth her Christmas spirit so she can give her niece and nephew the best holiday ever.

Mountain rescuer Jake Porter believes he could have saved his two friends that fateful day and kept the Bishop family from experiencing such a heart-wrenching loss. He hopes helping Carly rediscover the magic of Christmas will allow him to finally move forward with his life, but he’s not certain anything can relieve the guilt that’s kept him stuck all these years… Check out Melissa McClone’s Mountain Rescue Romancen Series! #ad

Too busy building his career to date anyone, let alone have a relationship, Mitch’s interest is peaked the minute he lays eyes on Bethany. Just his luck, she lives halfway across the country, is still healing from the death of her husband, and is starting pharmaceutical school in Portland this fall. Can Mitch help Bethany move beyond heartbreak, or will he break her heart again? Check out Mary Jane Morgan’s Crystal Springs Romances! #ad

This new edition of DK’s knitting bible takes you from beginner to expert, with hundreds of step-by-step techniques, more than 120 stitch patterns for a variety of knitting stitches, and 20 knitting projects suitable for all abilities.

Fully illustrated and easy to use, The Knitting Book is a one-stop resource for beginners and a rich source of inspiration for avid knitters who want to progress their skills and try new stitch patterns… #ad

While Moonbase has been flourishing under Stavenger’s management, it’s existence, and even Stavenger’s life, both depend on nanotechnology that has been outlawed on Earth in response to a wave of suspicion, fear, and violence.

Soon, United Nations peacekeepers arrive on the moon to enforce the anti-nanotech laws, bringing with them intrepid news reporter Edith Elgin, who soon falls for Stavenger. Meanwhile, his mother has chosen to return to Earth, but upon arrival she is held hostage by the secretary general of the UN who wants Stavenger to surrender his forces–and to be killed. #ad

Musician, actor, activist, and the iconic face of New York City cool, Debbie Harry is the frontwoman of Blondie, a band that forged a new sound that brought together the worlds of rock, punk, disco, reggae and hip-hop to create some of the most beloved pop songs of all time.

As a muse, she collaborated with some of the boldest artists of the past four decades. The scope of Debbie Harry’s impact on our culture has been matched only by her reticence to reveal her rich inner life–until now. #ad

As a small-town newspaper reporter, she covers local topics both big and small, but when her friend Luke is arrested for the murder of the head coach of his club softball team, she’ll need to hone her investigative skills to clear his name. Emma calls up best friend Grace for help, and together the women go up against cutthroat parents willing to kill for a chance to get their daughters onto a premier college sports team. It’s the bottom of the ninth with bases loaded, and murder is up to bat. Can Emma and her friends bring the heat and win the game? Check out Elizabeth McKenna’s A Front Page Mystery Series! #ad

Penny Wharton was murdered in the wild garden of a derelict house – the house that had become a symbol of her campaign to save the victims of Storm Archie. Wharton had spent her life whipping up a storm to bring justice. But in the end she was the one struck down. The motive for Miss Wharton’s murder seems straightforward, but there are many players in this game, and everyone has something at stake.

Meanwhile, Detective Sergeant Sue Palmer has a serious problem with local gangster Alex Galvan Galvan wants a pound of Palmer’s flesh, and he will stop at nothing to get it… #ad

Warrior-Scout Ashayna Stonemantle has no awareness of her fate until her sentient magic manipulates her into seeking out one of the enemy–Sorntar, Crown Prince of the Phoenix. If she dare trust the word of an enemy prince who is also an avian shape-shifting mage, their souls and futures are eternally linked.

When their willful magic awakens early and forces them into an unbreakable bond, Ashayna and Sorntar are accused of being corrupted by an ancient evil. To prove their innocence, they must work together to discover what happened in the past to pit bondmate against bondmate… #ad

In October 1839, a Windsor cabinet meeting votes to begin the first Opium War against China. Bureaucratic fumbling, military missteps, and a healthy dose of political opportunism and collaboration followed.

Rich in tragicomedy, The Opium War explores the disastrous British foreign-relations move that became a founding myth of modern Chinese nationalism, and depicts China’s heroic struggle against Western conspiracy. Julia Lovell examines the causes and consequences of the Opium War, interweaving tales of the opium pushers and dissidents… #ad

Things have changed in Fisher’s Cove, the Long Island harbor town where Natalie spent her summers as a girl. The water used to be clean, and from her aunt Minnie’s boarding house you could see all the way to Connecticut even on hazy days. Twenty years ago, Minnie never had a problem finding lodgers–but now everyone wants to be in Montauk or the Hamptons.

The biggest change of all, though, is the nuclear power plant under construction on Angel Landing. Natalie’s boyfriend, Carter, is leading a protest against the plant, and despite the fact that he is more devoted to his environmental work than he is to her, she has followed him to Fisher’s Cove… #ad

A Waltz with the Kind Marquess
by Bridget Barton
BARGAIN
Historical Romance
Rating: 4.5

Arabella Dandridge’s heart has always been torn between living the life her parents wish for her and finding adventure beyond the borders of England. When a much older man puts a claim on her, she will do whatever it takes to avoid a union with him; even enlisting a handsome Marquess to pretend they have an interest in each other.

Little did she know that she would soon stop pretending, as she truly falls for the charming stranger. How will Arabella react though, when a woman claiming to be the Marquess’ fiancée appears in her life? Could a chance at happiness still be on the cards for her? #ad

When the effects of a hypnosis-inducing drug fade, April slowly begins a conscious awakening. Memories of her past are unclear, and she has no recollection of her identity or whereabouts.

As the days slip by, April realizes there is more to life than existing when she is introduced to an occupant who does just that – her sister. The more she learns about her environment, the more she wants to escape. #ad

The Spirit-Filled Life
by John MacNeil B. A.
FREEBIE
Religious & Inspirational
Rating: 4.7

I wish to urge all Christians, especially ministers of the gospel, to give The Spirit-Filled Life a prayerful reading. I feel confident it will bring them help and blessing. It will deepen the conviction of the great need and absolute duty of being filled with the Spirit. It will point out the hindrances and open up the way.

It will stir up faith and hope. And I trust it will bring many people to feel that it is at the footstool of the throne – in the absolute surrender of a new consecration – that the blessing is to be received from God himself. #ad

A panicked older sister frantically searches the St. Louis dock for her sister. Instead, Veronica meets a man who expected to marry the girl.

Robbie MacTavish never thought to write away for a wife. After his wife’s death years earlier, he decided never to remarry. His aunt has other ideas and writes to a “friend of a friend”, Mrs. Ella Milton. When Veronica, his bride’s much older sister, appears and not Verity, Robbie suddenly grows much more interested in marrying. Will he be able to convince this woman that he needs only her as his wife while they race against time to find Verity? #ad

After the mysterious death of her mafia “made man” husband, Carlita Garlucci makes a shocking discovery. Follow the Garlucci family saga as Carlita and her daughter try to escape their NY mob ties and make a fresh start in Savannah, Georgia. They soon realize you can run but can’t hide from your past.

Treat yourself to this deluxe box set featuring the first 10 novels from bestselling author Hope Callaghan’s “Made in Savannah Mystery Series.”

She’s a fixer… He’s about as broken as they come… Can they learn to turn to God for healing and hope this Christmas?

Leah has always been a fixer. That’s why she decided to foster a troubled teen. And it’s why she’s determined to give him the perfect Christmas. It might also be why she feels compelled to reach out to her grinchy, reclusive neighbor Austin. But she’ll have to be careful that reaching out doesn’t turn into something more–she’s been hurt by crossing the line from friendship to romance once, and she’s not willing to let it happen again… Check out Valerie M. Bodden’s Hope Springs Series! #ad

Two women. Separated by centuries. Linked by a 500-year-old mystery…

1500: Born during a time wracked by war and plague, Renaissance-era artist Mira de Oto grows up in a Pyrenees convent believing she is an orphan. When tragedy strikes, Mira learns the devastating truth about her own origins. But does she have the strength to face those who would destroy her?

2015: Centuries later, art scholar Zari Durrell unearths traces of a mysterious young woman named Mira in two 16th-century portraits. Obsessed, Zari tracks Mira through the great cities of Europe to the pilgrim’s route of Camino de Santiago–and is stunned by what she finds. Will her discovery be enough to bring Mira’s story to life? Check out Amy Maroney’s The Miramonde Series! #ad 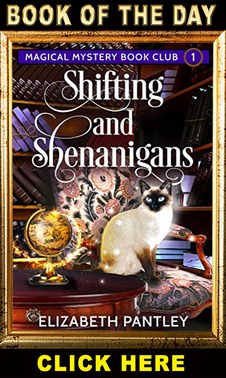 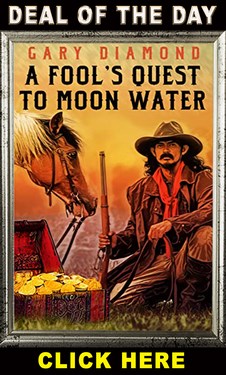 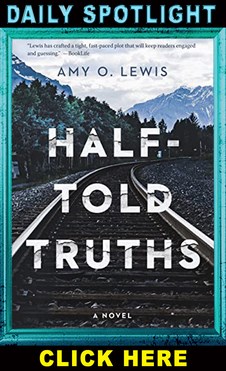